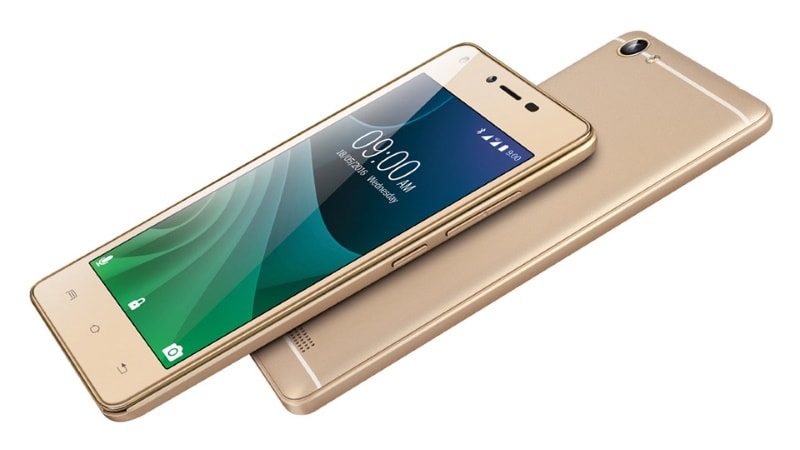 Lava has launched a new smartphone in India, featuring 4G VoLTE support and running Android 6.0 Marshmallow. Called the Lava A77, it has an MRP of Rs. 6,099, but is retailing for as low as Rs. 4,999, an established offline retailer notes. It will be available in Blue, Gold, and Grey colour variants.

The dual-SIM Lava A77 sports a 4.5-inch WVGA (480x800 pixels) display and is powered by a 1.3GHz quad-core SoC coupled with 1GB of RAM. As for optics, the Lava A77 features a 5-megapixel rear camera and a 5-megapixel front camera, both featuring LED flash modules.

The Lava A77 bears 8GB of inbuilt storage, which is expandable via microSD (up to 32GB). Connectivity options on board the Lava A77 include 4G VoLTE, Wi-Fi 802.11 b/g/n, Bluetooth v4.0, and Micro-USB. Sensors on the phone include an accelerometer. It is powered by a 2000mAh removable battery, and weighs 160 grams.

Lava's last major launch this year was for the Lava Z10 and Lava Z25. The pair of new mid-range smartphones boast of a premium metal design and durability. The Lava Z10 and Z25 smartphones support 4G VoLTE connectivity and are priced at Rs. 11,500 and Rs. 18,000, respectively. The Z10 will be offered in Gold while the Z25 will come in Champagne Gold and Grey colour options. Both the smartphones also come equipped with the latest multilingual keyboard that supports eleven regional Indian languages. They also support Smart Gestures, OTG and 3 Point Touch.

Google's Big Bet on AI Is Crucial for Its Future