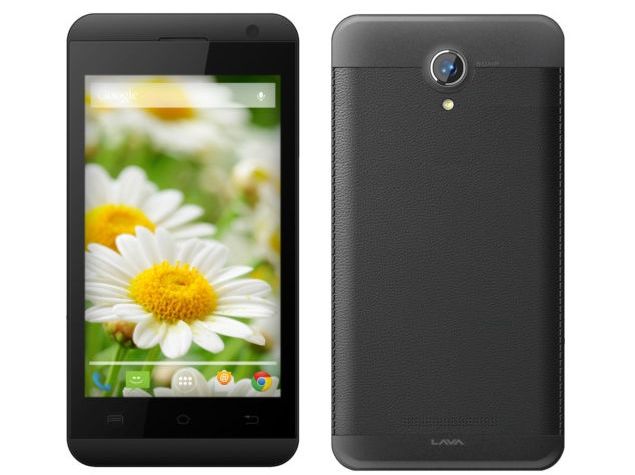 It looks like Lava is gearing up to launch a new budget Android smartphone, as the Lava 3G 415 budget smartphone has been listed for purchase on an e-commerce website at Rs. 5,249. As yet, Lava has made no official announcement about the smartphone.

According to the listing, the Lava 3G 415 is a dual-SIM (GSM+GSM) device and much like its predecessor runs Android 4.2.2 Jelly Bean out-of-the-box. It sports a 4.0-inch WVGA (480x800 pixel) capacitive touchscreen with a pixel density of 233ppi. The 3G 415 is powered by a 1GHz dual-core processor (unspecified chipset) coupled with 512MB of RAM.

The Lava 3G 415 sports a 5-megapixel rear camera with flash, while it also houses a 0.3-megapixel front-facing camera. It comes with 4GB inbuilt storage which is further expandable up to 32GB via microSD card. The device also includes a 1500mAh battery.

Connectivity options on the Lava 3G 415 include Wi-Fi, Bluetooth, GPS/ A-GPS, GPRS/ EDGE and 3G. The Lava 3G 415 budget smartphone will be available in Black and Grey colour variants.

The smartphone's dimensions have not been listed, however, it is said to be 10.7mm thick and weigh around 119 grams. The Lava 3G 415 has been listed on eBay India.

On Monday, Lava launched its first Android 4.4 KitKat smartphone, dubbed Iris X1, at Rs. 7,999. The Lava Iris X1 priced in the sub-Rs. 8,000 segment will be up against the likes of the popular Moto E (Review | Pictures), Micromax's recently launched Unite 2 and the newly spotted the Canvas Engage all of which run the latest Android KitKat.

Some of the key specifications of the smartphone are its 4.5-inch IPS display; 1.2GHz quad-core Broadcom BCM23550 processor with 1GB of RAM; 4GB of built-in storage; expandable storage via microSD card (up to 32GB); 8-megapixel rear camera with dual-LED flash; 2-megapixel front-facing camera, and 1800mAh battery. Connectivity options apart from 3G support on the Iris X1 include Wi-Fi, Bluetooth, GPRS/ EDGE, A-GPS and Micro-USB.