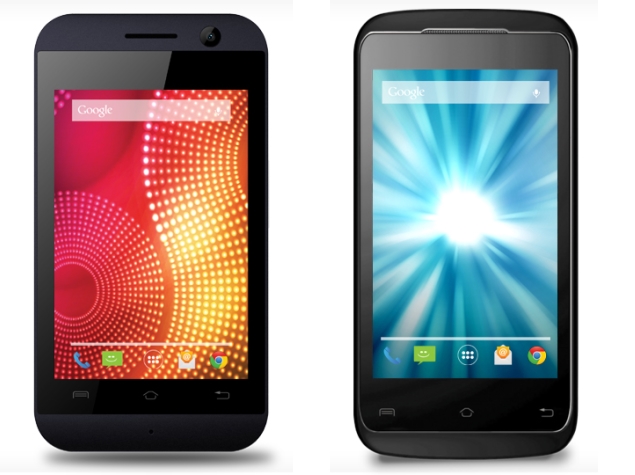 Lava has introduced two new Android budget smartphones - 3G 412 and Iris 300 Style. Both the new Lava handsets are now listed on the company site without any pricing and availability details.

A dual-core processor (unspecified chipset) powers the smartphone, clocked at 1GHz, coupled with a 512MB of RAM. The Lava 3G 412 sports a 2-megapixel rear camera without an LED flash, while there is a 0.3-megapixel front-facing camera also onboard.

The Lava 3G 412 comes with 512MB of inbuilt storage, which can be expanded via microSD card (up to 32GB). It supports Bluetooth, Wi-Fi, GPS/ A-GPS, GPRS/ EDGE and 3G connectivity options.

The smartphone is backed by a 1500mAh battery, which according to the official site can deliver up to 10 hours of talk time and 250 hours of standby time on the 3G network. It comes with dimensions 123x64x11.7mm and weighs 120 grams.

The Lava Iris 300 Style, on the other hand, is again a dual-SIM (GSM+GSM) device that runs the dated Android 4.2 Jelly Bean. It features a 3.5-inch IPS display with a HVGA (320x480 pixels) resolution. A dual-core processor (unspecified chipset) powers the device, clocked at 1GHz, with 256MB of RAM.

The smartphone features a 2-megapixel rear camera and also comes with is a 0.3 megapixel front-facing camera. The Iris 300 Style handset comes with 512MB built-in storage, and can be expanded via microSD card (up to 32GB). It measures 114.7x61.5x13.3mm and weighs 100 grams.

Unfortunately, the Iris Style does not support 3G, instead comes with GPRS/ EDGE connectivity support, apart from Bluetooth, Wi-Fi, and Micro-USB. It is powered by a 1400mAh battery, which according to the company delivers up to 13 hours of talk time and up to 280 hours of standby time.

Earlier, Lava launched its first Android 4.4 KitKat smartphone, dubbed Iris X1, at Rs. 7,999. Notably, the domestic handset maker had been teasing its Iris X1 smartphone ahead of the official launch.