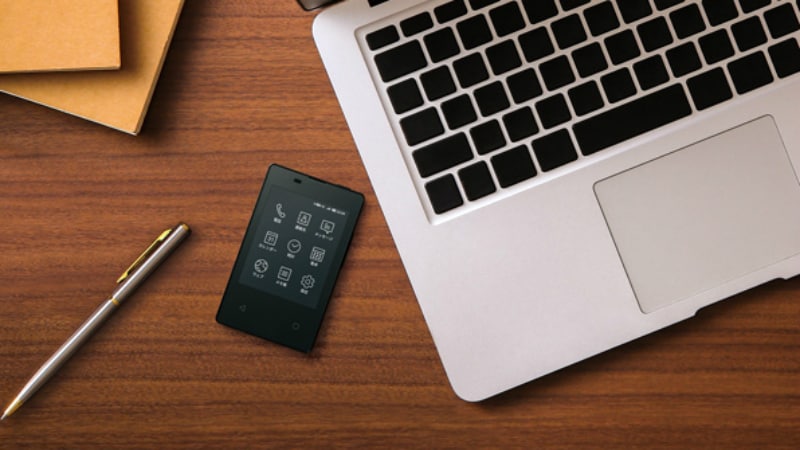 Japanese telecom giant NTT Docomo has launched a new smartphone that has the same footprint as a credit card and is claimed to be the "world's thinnest and lightest smartphone" with 4G LTE connectivity. With a 2.8-inch display, the Kyocera KY-01L dwarves even the Palm phone launched earlier this week with a 3.3-inch display panel. The Kyocera KY-01L has an E-Ink display much like the Amazon Kindle ebook reader. However, the Kyocera KY-01L does not have front or rear cameras. The phone will be released sometime in late November.

The Kyocera KY-01L sports a 2.8-inch E-Ink display, and comes with a 380mAh battery under the hood. It measures 91x55x5.3mm and a weight of around 47 grams, making it one of the least bulky smartphone options to consider out there. It has a modest IPx2 drip water resistance. There is a built-in browser but no app store. It includes app like a Dialler, Contacts, Messages, Clock, Calculator, Settings, Browser, and Calendar.

The official product page of the handset claims that there is zero power consumption on standby mode. It will be exclusive to the Japanese market, available only on NTT Docomo's network.

Earlier this month, the Palm phone was launched with a 3.3-inch HD LCD display with Corning Gorilla Glass protection. The phone is supposed to connect to your primary smartphone and act as its companion. Its features include a Qualcomm Snapdragon 435 SoC, 3GB of RAM, 32GB of onboard storage, an 800mAh battery, and a USB Type-C port. Much like the Kyocera KY-01L, the Palm is also limited to just one carrier, in the US - Verizon Wireless.