KiiTAG 2 is a Swiss Army Knife for Your Phone 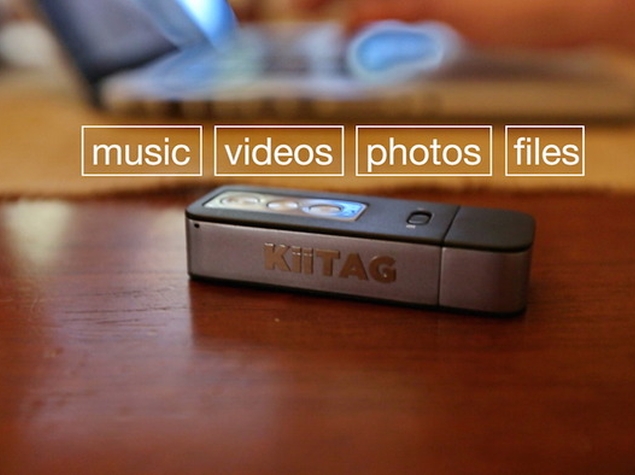 In our weekly column Kickstarter of the Week we look at the world of crowdfunding. We search Kickstarter and Indiegogo and other crowdfunding platforms to find interesting projects for you to back.

That's because many of the most interesting new products we've seen have come from these sites instead of big companies. Not every project we highlight has to be the next Oculus Rift virtual reality headset or Pebble smartwatch - some of the projects we pick are just fun and weird. And of course, there is always the chance that a project will not work out even if it gets funded. But if you're willing to take a risk and can afford to write off a little money, then there's a lot to look at and maybe fund.

This week, we just love the KiitAG 2 Kickstarter - this is a gadget that is around the same size as a Swiss army knife and it wants to serve a similar function for your phone.

The KiitAG 2 went up for funding on Monday, and has so far crossed $10,000 (approximately Rs. 6 lakh) of a $20,000 goal (approximately Rs. 12 lakh). It's looks like a slightly bulky pen drive, seemingly a little bigger than the Victorinox Spartan. That means that it'll fit neatly into your pocket, and it comes with so many functions that it really is a digital Swiss knife.

The KiiTAG 2 includes a small power bank, USB storage that can connect to Android with USB On The Go, an LED flash light, a phone finder, and programmable buttons that can be used as a remote shutter, send a preset text, or launch your favourite apps.

That's pretty cool, and the phone finder can also be used in reverse, to locate the tag from up to 200 feet away. The creators say the power bank will give an iPhone two extra hours of usage, and since it has a USB jack on one side, and a Micro-USB or Lightning jack on the other, it can also be used as a passthrough to connect your phone to a computer, or charge it from a wall adaptor which has a USB port. It also comes with either 8GB or 16GB of storage on the fob, so you always have a little space on hand.

The KiiTAG 2 comes with a free companion iOS and Android app that allows you to locate the tag, assign functions to the two buttons on the device, and check battery levels. A keyring attachment at one corner lets you turn the fob into your keychain, so it should be convenient to keep around instead of any standalone devices you might have.

You can see the full pitch video here:

To see more from the world of crowdfunding, click here.

Shazam at $1 Billion Valuation After Investment
Microsoft, Nasa to Help Scientists in Virtual Exploration of Mars With HoloLens