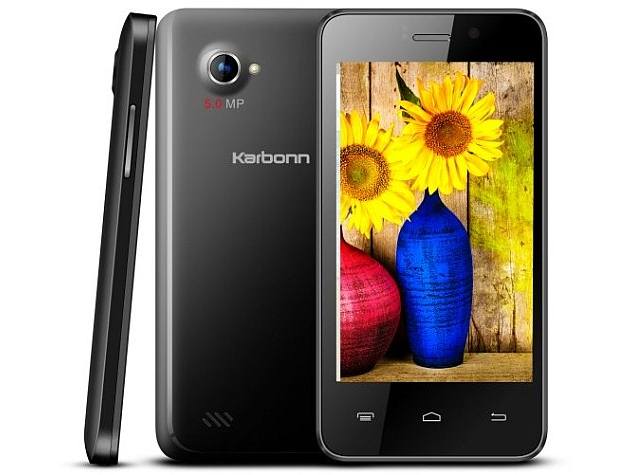 Karbonn on Monday has launched a new budget smartphone in its Titanium S series, called the Karbonn Titanium S99, at a price of Rs. 5,990.

The dual-SIM (GSM+GSM) Karbonn Titanium S99 runs on the latest Android 4.4 KitKat operating system, and features a 4-inch (unknown resolution) display. It is powered by a 1.3GHz quad-core (unspecified chipset) processor coupled with 512MB of RAM. The smartphone comes with a 5-megapixel rear camera along with LED flash support and there is a front-facing camera (unknown resolution) also onboard.

Apart from its 4GB of inbuilt storage, the Karbonn Titanium S99 supports an additional 32GB of storage expansion via microSD card. Connectivity options on Titanium S99 smartphone include 3G, Wi-Fi, Bluetooth and GPS.

The Titanium S99 packs a 1400mAh Li-Ion battery and is available in Black & White Colours, with an additional protective silicon case bundled.

The Karbonn A50s is powered by a dual-core 1.2GHz processor, coupled with 256MB of RAM. It sports a 2-megapixel rear camera with LED flash, while there is a 0.3-megapixel front-facing camera also onboard.