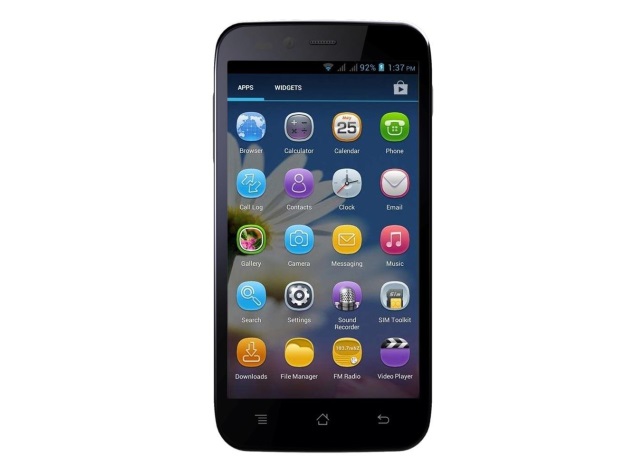 Karbonn seems all set to introduce the Titanium S5i, a new variant of the Titanium S5 smartphone, in the Indian market. The Karbonn Titanium S5i is now listed at an e-commerce website; however there is no word on the availability and price of the device, with the page providing a 'Notify Me' option for consumers.

The Karbonn Titanium S5i smartphone offers dual-SIM (GSM-GSM) support, and runs Android 4.2 Jelly Bean. The new Android smartphone from Karbonn comes with a 5-inch TFT display with a 480x854 (FWVGA) pixels resolution. The smartphone is powered by a 1GHz dual-core processor with 512MB of RAM.

The smartphone sports an 8-megapixel autofocus rear camera with LED flash and also houses a 0.3-megapixel front-facing camera. The Titanium S5i handset comes with a 4GB in-built storage, and can be expanded up to 32GB via microSD card.

The Karbonn Titanium S5i supports 3G, Wi-Fi, Bluetooth, Micro-USB, and GPS connectivity options. It is backed by a 2000mAh battery, and is currently available in Deep Blue colour variant at HomeShop18. The smartphone was first spotted by New Gyaan.

At the end of 2013, Karbonn's yet-to-be-announced Titanium S4 mid-range smartphone was spotted online with a price tag of Rs. 15,990.

The Karbonn Titanium S4 features 4GB inbuilt storage, which is further expandable up to 32GB via microSD. It sports a 13-megapixel rear autofocus camera with LED flash, while there is a secondary 2-megapixel front-facing camera. On the connectivity front, the Karbonn Titanium S4 includes 3G, Wi-Fi, Micro-USB, and Bluetooth. The smartphone packs an 1800mAh battery and measures 135x59x7.9mm.