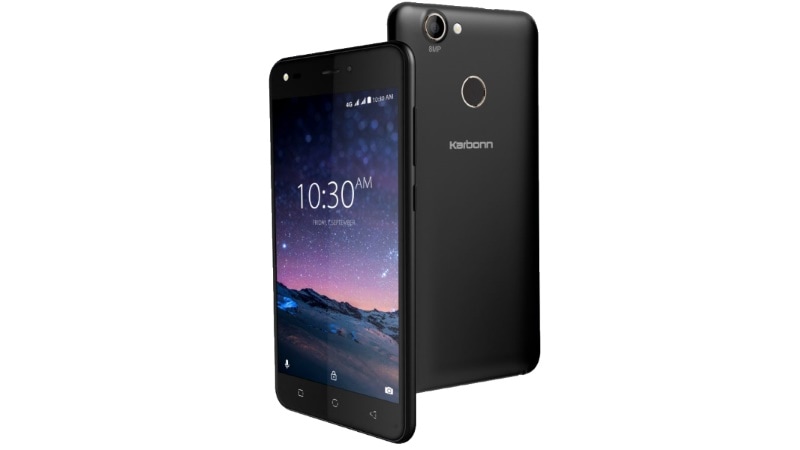 After launching the K9 Kavach smartphone loaded with UPI-enabled BHIM app for faster payments in India, Karbonn has now launched a new smartphone to its K9 range. Called the K9 Smart Grand, the new smartphone comes with highlighted features such as a fingerprint scanner, 4G VoLTE support, and 2.5D curved display. The Karbonn K9 Smart Grand is available at a price of Rs. 5,290 in two colours - Black and Champagne.

The Karbonn K9 Smart Grand is a dual-SIM smartphone that runs on Android 7.0 Nougat. It is powered by a 1.3GHz quad-core processor (maker unspecified) paired with 1GB of RAM. The smartphone features a 5.2-inch FWVGA (480x854 pixels) display that comes with 2.5D curved glass. On the storage front, the K9 Smart Grand has 8GB of inbuilt storage with an option to expand the storage further via microSD card (up to 32GB).

Coming to the photography, Karbonn K9 Smart Grand offers 8-megapixel rear camera with an LED flash and features such as Panorama shot, continuous shot, and face detection. There is a 5-megapixel selfie camera as well on the smartphone. The smartphone has a fingerprint scanner mounted at the rear side. There is a 2300mAh Li-Po battery packed under the hood. As for the connectivity, the smartphone is equipped with Wi-Fi, Bluetooth, GPS, FM radio, USB OTG, and 3.5mm audio jack apart from 4G VoLTE option.