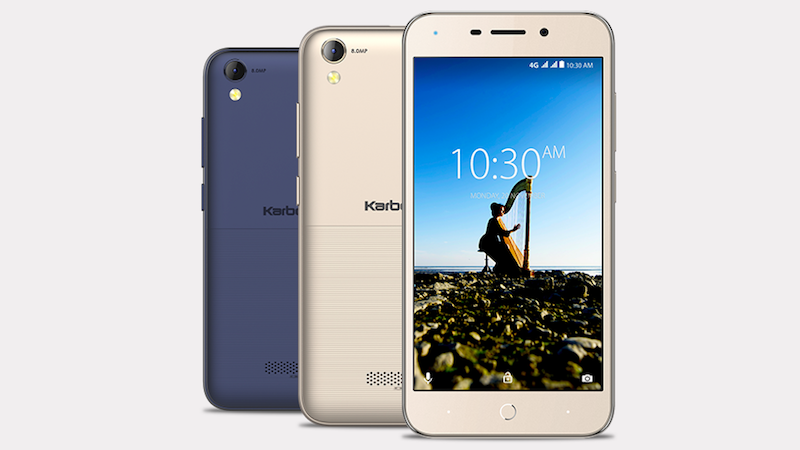 The Karbonn K9 Music 4G is a dual-SIM (GSM+GSM) smartphone. It runs Android 7.0 Nougat out-of-the-box. The K9 Music 4G sports a 5-inch FWVGA (480x854 pixels) display. The smartphone is powered by a 1.3GHz quad-core processor paired with 1GB of RAM.

In the camera department, the Karbonn K9 Music 4G features an 8-megapixel rear sensor with auto focus and an LED flash. On the front is an 5-megapixel sensor for selfies and video calling. The smartphone has 16GB internal storage expandable via microSD card (up to 128GB).

In terms of connectivity, the Karbonn K9 Music 4G has Bluetooth, GPS, Wi-Fi 802.11 b/g/n, Micro-USB, and OTG support. Sensors on board include accelerometer, ambient light sensor, and proximity sensor. The dimensions of the smartphone are 143.75x71.55x9.2mm and the weight is 170 grams.

Earlier in November, the Karbonn K9 Smart Selfie was launched with an 8-megapixel front camera. This smartphone also has a built-in photo and video editor.

Additionally, the Karbonn Titanium Jumbo was another selfie-focused smartphone launched in October. This smartphone also has an 8-megapixel front facing sensor and was launched at Rs. 6,490.