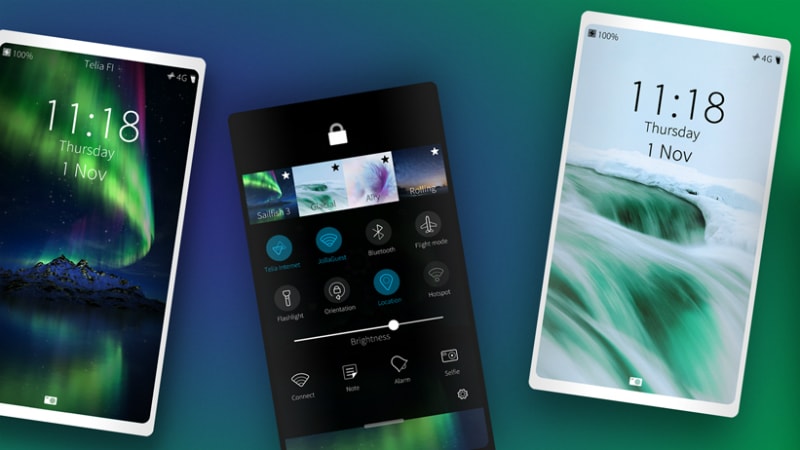 Jolla has announced the availability of Sailfish 3, the operating system that was announced at the Mobile World Congress (MWC 2018) earlier this year. The new version in the Sailfish family is majorly designed for corporate users, with a list of preloaded security features. It has offerings such as Mobile Device Management (MDM), fully integrated VPN solutions, enterprise Wi-Fi, and data encryption to deliver an enhanced security experience. Also, the latest software has new keyboard gestures, camera functions, and support for USB On-the-Go (USB OTG) storage. The Finnish company has also announced that its Sailfish X, the downloadable Sailfish OS, is now available in a free trial version for new Sony Xperia smartphones, including the Xperia XA2, Xperia XA2 Plus, and Xperia XA2 Ultra.

Considering the needs of government and corporate clients, Jolla has specifically offered security-focused features on Sailfish 3. There is also support for regional infrastructures to enable steady releases and OS upgrades, local hosting, training, and features to support specific user requirements.

Jolla has also tweaked the user experience through Sailfish 3 by offering a fresh interface as well as a new top menu, keyboard gestures, camera functions, data encryption improvements, and support for USB OTG. Further, the third-generation Sailfish is touted to improve responsiveness and performance resulting to 50 percent better overall performance over the previous version. The company claims that it has rewritten the way to launch apps and load views.

Sailfish 3 is rolling out in phases - with a key focus towards 4G feature phones. The company is initially rolling out Sailfish 3.0.0 release for all the existing Sailfish users. It will come along with camera improvements such as a new lock screen camera roll to let users review the photos without unlocking the device. Moreover, there are plans to bring Sailfish 3.0.1 in early December with further improvements and tweaks.

Alongside Sailfish 3, Jolla has brought Sailfish X support for the Sony Xperia XA2, Xperia XA2 Plus, and Xperia XA2 Ultra. Users can presently download the free trial of Sailfish X on any of the three Sony phones. The Sailfish X programme that is designed to bring Sailfish OS experience will be available commercially sometime in the coming weeks. The company said that users with the free trial would be able to purchase and install the Android app support and other commercial components.

"With Sailfish 3 we are better equipped than ever to help our governmental and corporate customers to custom build secure and comprehensive mobile solutions," said Jolla CEO Sami Pienimäki. "Sailfish OS is currently being deployed as a platform for independent regional mobile solutions in Russia, Latin America, and China, and we are constantly looking to expand to new regions."