John McAfee Privacy Phone, Claimed to Be World's Most Hack-Proof, Is Coming This Year 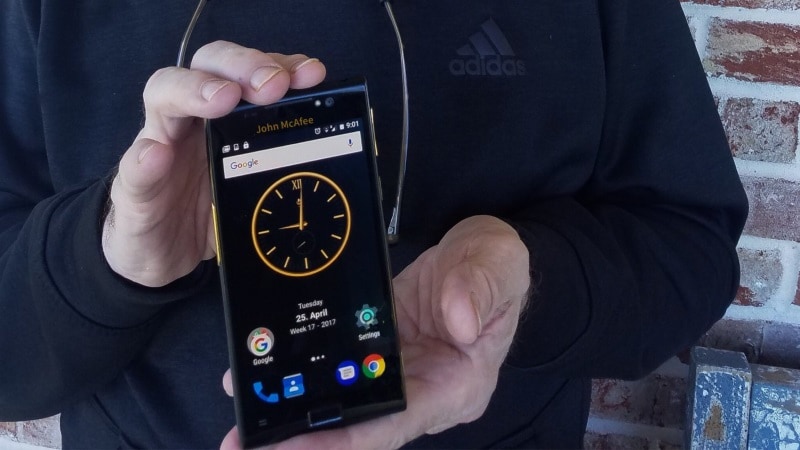 When you hear the name McAfee, the first thing that will strike your mind will be security software and rightly so - the Intel-owned brand's antivirus software is popular around the world. Its creator, John McAfee, has now announced that the 'John McAfee Privacy Phone' - which has been claimed to be world's most hack-proof phone - will be coming out later this year from his MGT security firm.

If you are wondering how the 'John McAfee Privacy Phone' will provide you additional security over general smartphones, it will feature hardware switches at the back that will allow users to disconnect the battery, the antennas for Wi-Fi, the camera, Bluetooth and geolocation, and even the microphone, John McAfee told Newsweek. The security features will come with their worth as the smartphone will be made available with a hefty price tag of $1,100 (roughly Rs. 70,700). It will run a version of Android.

On its announcement blog post earlier this year, MGT said, "The base phone will be procured as an OEM model using the Android operating system, and then modified using the skills of MGT's cybersecurity team."

"It also will not allow the phone to connect to a Stingray or any other IMSI catcher device. In addition, it contains a Web search anonymiser," John McAfee was quoted as saying in the Newsweek report. Notably, McAfee did clarify that even though it will be most hack-proof phone in the world, it will still not be completely hack-proof.

"It is Version 1... It is not hack proof but it does give the user enormous power over his or her privacy and it is light years ahead of the BlackPhone or any other phone claiming to be secure. "Version 2 will be available in the summer of 2018. It will be as hack proof as humanly possible," McAfee was reported as saying.

While the specifications for the smartphone will be released just a week ahead of its official launch, the device has already drawn criticism. While hardware switches can bring convenience in isolating the device from networks, anybody with physical access to the product will be able to get access to this functionality, as pointed out in a report by The Verge. John McAfee has not detailed the software aspects of the security provided with the phone and how it plans to protect it against the Stingray spying tool.

We will have to see if the phone will be able to deliver its security promises and as it is enterprise-focussed device, it might be a risky proposition if it does not turn out to be as secure as claimed by John McAfee.