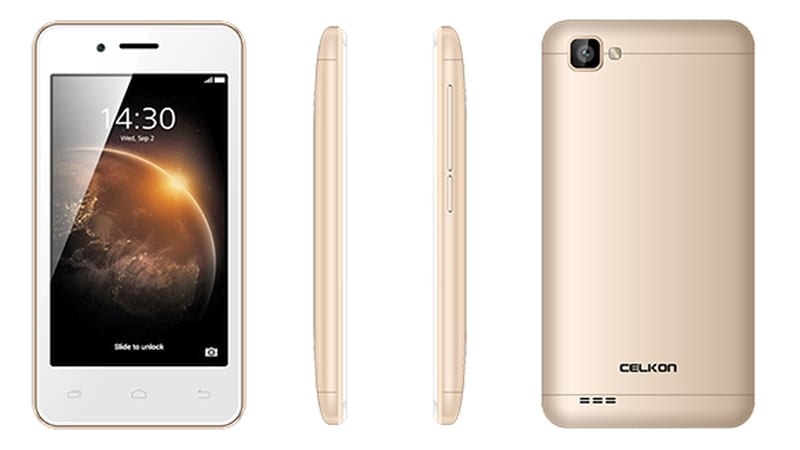 Airtel has partnered with domestic phone maker Celkon to bring down the effective price of the Smart 4G Android phone to Rs. 1,349. This is the second such partnership for Airtel under its ‘Mera Pehla Smartphone’ initiative, wherein it provides cashback to users on sticking to its network for three years to bring down the price of the handset. The Airtel Celkon Smart 4G partnership has been launched in response to the Jio Phone, a 4G-capable feature phone that offers smartphone-like features at zero effective price over a three-year period.

Under the new offer, customers will need to pay Rs. 2,849 to buy the handset, and then buy recharges worth Rs. 169 for 36 months. Alternately, they can purchase recharges worth Rs. 3,000 in the first 18 months and another Rs. 3,000 in the next 18 months to be eligible for the refunds that subsidise the cost of the handset. At the end of 18 months, they will be entitled to refund of Rs. 500, while another Rs. 1,000 refund will be given at the end of the next 18 months.

The Celkon Smart 4G, which has a current market price of around Rs. 3,500, sports a 4-inch display WVGA (480x800 pixels), dual-SIM card slots, and 8GB of inbuilt storage. The Android 6.0 Marshmallow smartphone has access to all apps on Google Play Store, including YouTube, Facebook and WhatsApp, which are missing from Jio Phone at present.

"We are pleased to partner with Celkon in our endeavour to bring affordable smartphone options to the market and build an ‘open ecosystem' of low cost devices. Celkon has strong brand affinity and deep distribution in southern Indian markets, and our partnership will enable us to serve a large set of customers with this affordable smartphone proposition," said Raj Pudipeddi, Director, Consumer Business & CMO, Bharti Airtel.

This is the fourth such phone to arrive in the market. Airtel already has a partnership with Karbonn that brings down the price of the A40 Indian Android smartphone to Rs. 1,399. Vodafone has joined hands with Micromax over the Bharat-2 Ultra Android phone, and lowers its cost to Rs. 999. BSNL’s tie-up with Micromax is for the Bharat-1 4G feature phone, wherein users get unlimited data and calls with the Rs. 97 recharge. Notably, with all these phones – as well as with Jio Phone – the price of the handset is subsidised but there are long-term commitments for the telecom plans.