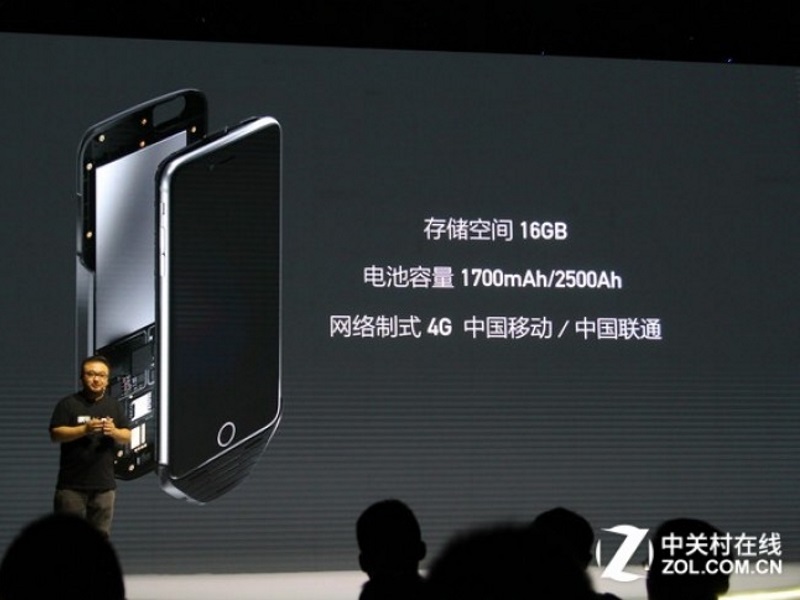 Highlights
The headline speaks volumes here and proves that we live in a very strange world. This seems too bizarre to be true and yet it is. A Chinese company named Jijia has announced a phone case that will allow you to run Android on an iPhone - literally.

The Mesuit case, which might initially look like any other battery extender case, does what many other similar concepts failed to do, it uses the iPhone's screen to run Android-based OS instead of using a different screen altogether.

The case, however, is a fully-functional mobile device and has its own modem, SIM card and runs Mesuit OS 1.0, an Android-based OS with an Apus Launcher. It provides you with full access to Android apps as well. It connects to iPhone through its Lightning port and needs an app to run its OS.

The case does not act solely as an Android launcher and also serves to provide 1700mAh battery backup on the smaller iPhone variants, and 2500mAh on the larger variants. The case also brings along 32GB, 64GB, or 128GB of storage that it can share with the phone.

The Mesuit case will be made available only for iPhone 6, iPhone 6 Plus, iPhone 6s and iPhone 6s Plus.

If rumours turn out to be true, the case might even work for the upcoming models of iPhone as the upcoming phone is suggested to retain its design features apart from a camera bump.

Interestingly, the company has said that it is also working on a case for Android devices that would allow them to run iOS, which is due next year.

Last month, Tendingi CTO Nick Lee came out with a very similar functioning model for an iPhone case and said that he was not planning to sell it commercially any time soon but might change his mind if there is enough interest regarding the product.
Comments