Jeff Bezos Phone Hack: What We Know, and Don't

Here's a quick guide to what's known, and what remains unknown about the alleged Jeff Bezos phone hack. 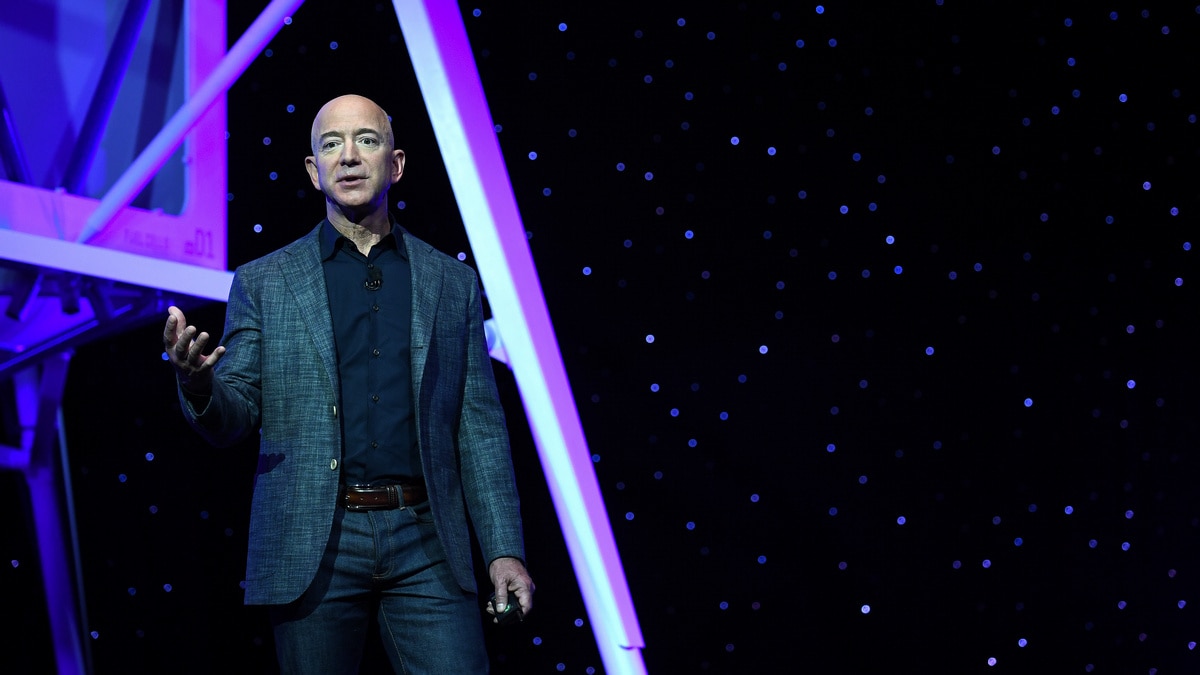 UN human rights experts are asking Washington to investigate a suspected Saudi hack that may have siphoned data from the personal smartphone of Jeff Bezos, Amazon founder and owner of The Washington Post. But the forensic evidence they cite comes from an incomplete study of Bezos's phone, raising multiple questions.

Here's a quick guide to what's known, and what remains unknown, about their findings.

What happened to Bezos' phone?
According to a cybersecurity firm run by a former Obama administration official, evidence on the phone suggests it was infected by spyware in May 2018 via a WhatsApp message from the account of Saudi Crown Prince Mohammed bin Salman. That message included a video file that the firm's investigators say likely contained malware.

Bezos' personal security adviser had been advised in February 2019 to have the phone examined by an intelligence official who has not been named. Bezos went public with the suspected hack shortly thereafter, saying the National Enquirer tabloid had threatened to publish his private messages and photos.

Are the forensic finding conclusive?
Not at all. Outside security researchers highlighted several issues with the forensics report by FTI Consulting, run by former Obama administration National Security Council cybersecurity official Anthony Ferrante.

For instance, the FTI report, dated November and obtained Wednesday by the Vice News site Motherboard, said researchers didn't find any malware on the phone, nor any evidence that Bezos' phone had surreptitiously communicated with known spyware command servers.

Further, an examination of the crucial root file system — where top-flight hackers often hide their malware — was still pending when the report was written. iPhone security expert Will Strafach, CEO of Guardian Firewall, said that if the FTI investigators didn't look at the root file system, they didn't do a thorough forensic exam.

“I think the UN intentions are good but the details really matter here and the public reporting falls short of any real firm smoking gun,” said Strafach.

Other security experts questioned the FTI team's forensic chops, wondering on Twitter and in blog posts why it was unable to decrypt the software that would have delivered the malware payload along with the video file.

Alex Stamos of Stanford University tweeted: “The funny thing is that it looks like FTI potentially has the murder weapon sitting right there, they just haven't figured out how to test it.”

Ferrante of FTI did not respond to emails and text messages seeking comment.

Could hackers have erased all evidence of intrusion?
Absolutely, said Strafach. Elite hackers plant malware that erases itself after surreptitiously sending sensitive data to command servers.

"It scoops up everything they want and removes itself so there's no trace, no evidence," he said. "Anyone who knows what they are doing are going to cover up their tracks."

Sophisticated mobile spyware — such as a package called Pegasus, made by the Israeli hacker-for-hire company NSO Group — is designed to bypass detection and mask its activity. Saudi Arabia i s reported to have used Pegasus against dissidents and human rights activists within weeks of the suspected Bezos hack.

On Wednesday, NSO Group “unequivocally” denied that its technology was used in the Bezos hack.

Why is the United Nations involved?
One of the two U.N. officials seeking answers in the case, Agnes Callamard. focuses on extrajudicial killings and has already investigated the Saudi government's role in the October 2018 murder in Turkey of Saudi critic and Washington Post columnist Jamal Khashoggi.

The other, David Kaye, is the U.N. point person on free expression. He focuses on the growing and lawless use of malicious spyware to monitor and intimidate human-rights defenders and journalists.

Both are independent experts in the UN's human rights arm, not employees of the international organization.

Are other public figures at risk?
It's difficult to say at the moment. Prince Mohammed has attended gatherings with numerous U.S. entertainers, technology executives and sports-team owners. A senior administration official, speaking on condition of anonymity to discuss internal matters, said Jared Kushner, a White House aide and son-in-law to President Donald Trump, has communicated with the crown prince via WhatsApp.

Why isn't the US government more involved?
A top US Justice Department official, Adam S. Hickey, would not say whether federal investigators were looking into the allegations. Trump has been reluctant to condemn the Saudi prince over the Khashoggi killing and often expresses satisfaction with his government's purchases of US weapons.