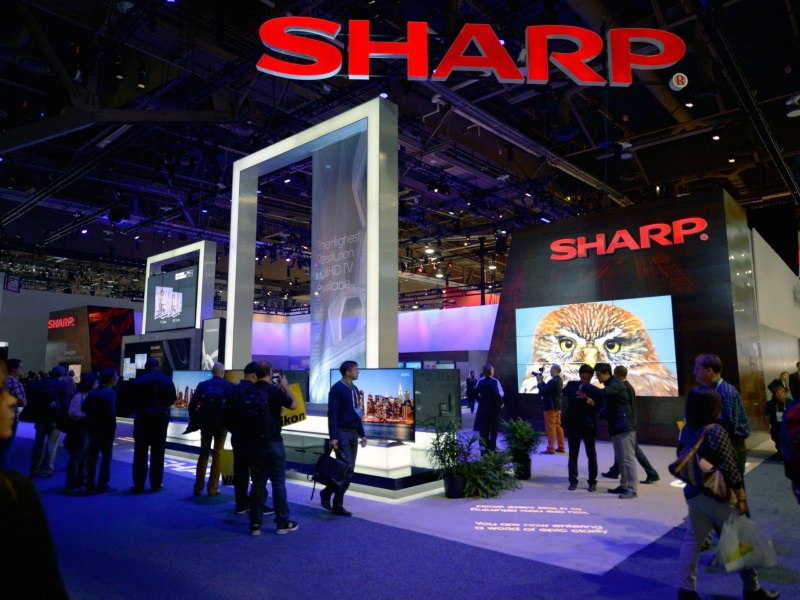 Embattled Japanese electronics giant Sharp on Monday warned it was on track to lose nearly $700 million in the half-year through September owing to a slump in demand for its smartphone screens.

The liquid-crystal display giant, which is key supplier to Apple and other mobile makers, is to announce its earnings later this week with the eye-popping loss set to reverse a small profit a year ago.

Sharp's latest earnings will likely reignite concerns about the future of the Aquos-brand maker which has repeatedly appeared on the brink of bankruptcy in recent years as it trudged ahead with a painful restructuring.

The company blamed a sharp downturn in smartphone-screen demand in China for its latest expected loss of JPY 84 billion (roughly Rs. 4,507 crores) in April-September, as it also cut its full fiscal year revenue and profit forecasts.

Earlier this year, Sharp said it was cutting 10 percent of its 49,000 positions worldwide as part of a turnaround plan intended to keep it afloat after posting a bigger-than-expected $1.86 billion (roughly Rs. 12,081 crores) annual loss.

The once-mighty firm, like rivals Sony and Panasonic, has been working to move past years of gaping deficits, partly caused by steep losses in its television unit, which has been hammered by competition from lower-cost rivals particularly in South Korea and Taiwan.

The company earlier announced the sale of the building that houses its Osaka headquarters and issued shares to its banks, in an apparent lifeline that underscored Sharp's desperate situation.

"It still possesses high levels of technology but its financial strength is extremely weak."