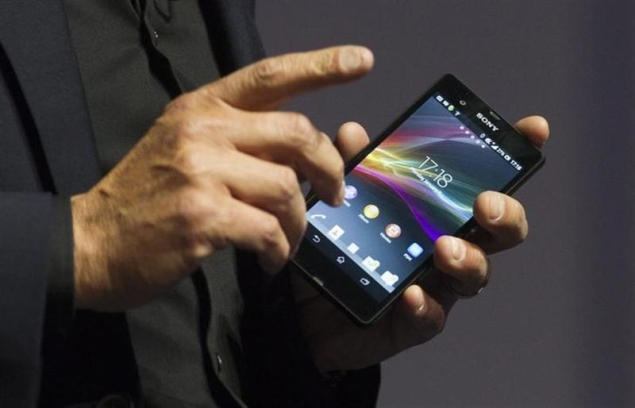 The Xperia Z has not even hit the United States market yet: T-Mobile says the model will make its debut on its network in the coming weeks. But it is already a has-been in Japan. DoCoMo has turned its attention to a new phone, the Sony Xperia A - a model with fewer features that has not won the stellar praise showered on the Z.

"It's time for a new model," said Mai Kariya, a DoCoMo representative in Tokyo. "We're finished with the Xperia Z and now focusing on the Xperia A."

As Sony banks on smartphones to turn around its struggling electronics business, it faces an increasingly bothersome obstacle at home: the demands of Japan's powerful cellphone carriers, which remain obsessed with constant model updates.

Phones with digital TV broadcast receivers were once all the rage; a phone without it was never going to sell. Then it was thumbprint scans; you'd be hard pressed to find those on many phones today. The same is true of swiveling screens, and to a lesser extent, electronic wallets.

Even Japan's best-selling pop group, AKB48, rotates through a cast of 67 members and on New Year's Day released 16 versions of new and repackaged records.

"This is the worst of Japanese companies' excessive obsession with the new," said Yuichi Kogure, an associate professor in information technology policy at Aomori Public University and the author of several books on Japan's cellphone industry. "But now the mobile phone makers are exhausted."

The constant feature roulette has helped carriers lure customers away from rival networks. But it taxes the research and development resources of Japan's phone makers, who must meet the constant demands from carriers for new high-end features and frequent handset renewals.

Phone manufacturers here have found it impossible to achieve the economies of scale that would justify the high development costs and the slim profit margins. Because separate teams of designers at each handset maker race to build handsets from the ground up for each separate carrier, few phone makers have been able to develop a coherent global product strategy, analysts say.

The unique pace of the Japanese cellphone market largely cuts it off from the rest of the world, making it difficult for a single manufacturer to make and market phones for both the Japanese and global markets, said Kenji E. Kushida, an expert on Japan's information and communications technologies at Stanford.

"The Japanese market became somewhat like the Galapagos Islands. It had great biodiversity but was so weak to outside species," Kushida said.

He points to Vodafone, which moved into the Japanese cellphone market in the early 2000s. The British phone maker tried to synchronize its Japanese product lineup to match its "global standard" handsets sold in other markets. But Japanese consumers were unimpressed by what struck them at the time as overly simple handsets that appeared to take a step backward in functionality.

Vodafone's Japanese market share started to slide, and in 2006 it sold its operations here to SoftBank.

Not every maker succumbs to this whirligig and, not surprisingly, those that don't are not Japanese. Apple has announced a new iPhone model roughly once a year Its iPhone 5 came out in September, and the company is not expected to introduce a new model until the fall. Samsung Electronics is focusing its resources on its sleek Galaxy S4 smartphone, which went on sale in April, a full year after its predecessor the Galaxy S3.

The scattershot efforts by Japanese handset designers could not compete with a single blockbuster product like Apple's iPhone, Kushida said. It turned out that Japanese consumers didn't want a new phone each season after all, he said, but one very well-designed one.

Since its release in 2008, the iPhone has been a best-seller in Japan, becoming the most popular handset here. In 2012, the iPhone led all handsets with an overall 15 percent of market share, ahead of former market leaders Sharp and Fujitsu, according to data provider IDC Japan.

Looking at smartphones only, Apple's dominance in Japan is even stronger: For the first three months of 2013, Apple's mobile platform market share came to 49.2 percent, compared with Android's 45.8 percent, according to Kantar WorldPanel, which tracks mobile phone sales in major markets.

Sony's Xperia Z, which runs on the Android operating system, was shaping up to be Japan's greatest challenger to the iPhone and to another global blockbuster, Samsung's Galaxy series. The Xperia Z won rave reviews for its sleek aluminum case, sharp 5-inch display, fast-capture camera and high-definition video.

The Xperia Z has topped sales charts, selling at least 630,000 units in Japan in its first 10 weeks, according to the data provider, GfK Japan. DoCoMo had said that it aimed to sell about 1 million units in Japan, and analysts agree that sales here are approaching that number. Sony's chief executive, Kazuo Hirai, has repeatedly promoted the Xperia Z's strong sales in Japan as one of the few bright spots in its money-losing electronics sector.

Still, production of the Xperia Z has ceased for the Japanese market, and the model will no longer be available in Japan once stock runs out at retail stores across the country, both Sony and NTT DoCoMo said.

"The Japanese market operates on a far quicker life cycle than markets overseas," said Yu Tominaga, a Sony spokesman in Tokyo. "Demand changes fast here, but we are set up to respond to that," he said.

The big question is whether Sony can develop a coherent global smartphone strategy without being distracted by the ever-changing needs of its home market. A lot rides on Sony's gaining on its archrivals, Apple and Samsung, in the fast-growing smartphone market with the new Xperia A, which has been topping sales charts here since it went on sale in mid-May.

Sony is starting to shift its focus beyond Japan's shores. On Tuesday in China it announced the Xperia Z Ultra, which Sony bills as the slimmest large-screen handset on the market. The company said it was not sure when that model might sell in Japan.

If Sony can score more successes overseas and gain market share there, it could start shifting the lopsided power dynamics between Japan's carriers and handset makers, analysts say. A wave of consolidation has shrunk the number of Japanese cellphone manufacturers to five, from 11 five years ago, bolstering the influence of the survivors. For its latest summer season, NTT DoCoMo gave top billing to smartphones from Sony and Samsung, breaking its tendency to give all manufacturers equal play to keep them competing.

And despite DoCoMo's many demands, solid support from a carrier with more than 60 million subscribers in a nation of 127 million people can be a boon. DoCoMo has been offering steep discounts on the Xperia A and is advertising the model heavily in Japan's crowded subways and on television on behalf of Sony. That blitz has helped Sony more than double its share to 36 percent in the four weeks to early June, according to BCN, beating Samsung at 13 percent, and even Apple, whose share for that period dropped to 25 percent.

"I think more people here are starting to realize that the way its mobile phone industry works is unsustainable," Kogure said. "And manufacturers like Sony have long realized that they can't remain beholden to the whims of the Japanese market."