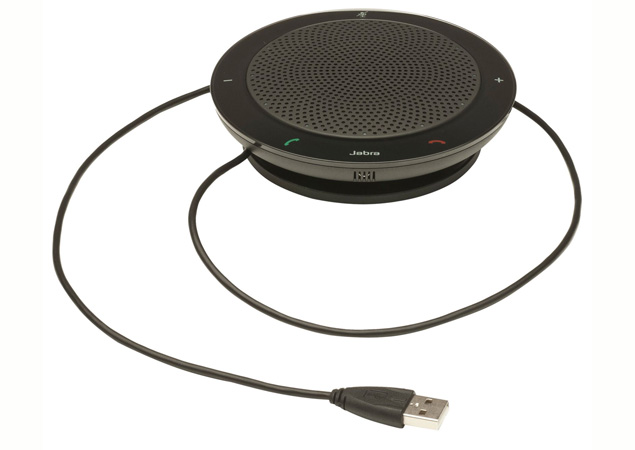 Audio solutions provider Jabra announced the launch of the SPEAK 510 speakerphone in the Indian market. The multi-utility speakerphone can be connected wirelessly to Bluetooth-enabled devices including computers, tablets and phones, and can be used for listening to music or attending conference calls, with a range of up to 100 meter for Class 1 supported devices. It can also be connected with devices and softphones via USB.

Jabra claims that the audio device delivers a battery life of 15 hours, and that its omni-directional microphone allows all attendees around the speakerphone to hear and speak clearly, facilitating one-to-one and smaller group conference calls. The company says that the speakerphone delivers echo and distortion free sound at higher volume levels as it incorporates Digital Signal Processing (DSP) technology.

Ralph Ede, Managing Director - South Asia, Jabra said, "Jabra SPEAK 510 speakerphone Jabra targets the mobile worker to a further extent than ever before. Featuring Bluetooth technology the Jabra SPEAK 510 enables even more user flexibility and meets increased demands for mobility, at home, in the workplace or on the go. It optimises the productivity by intuitively enabling one-to-one and smaller group conference calls at any time and in any place."

"Companies in emerging markets, notably India, are facing increasingly mobile workforces, with between 70 to 80 percent of workers spending at least some portion of their time working out of the office. These companies are also investing in mobile devices that will enable the growing numbers of mobile workers to interact with customers, employees, and other businesses in real time, anytime and from any location. India has vast numbers of SMBs willing to spend to better leverage the capabilities of new devices and solutions," he added.

Jabra also offers the Jabra SPEAK 410 speakerphone, which does not feature Bluetooth connectivity.