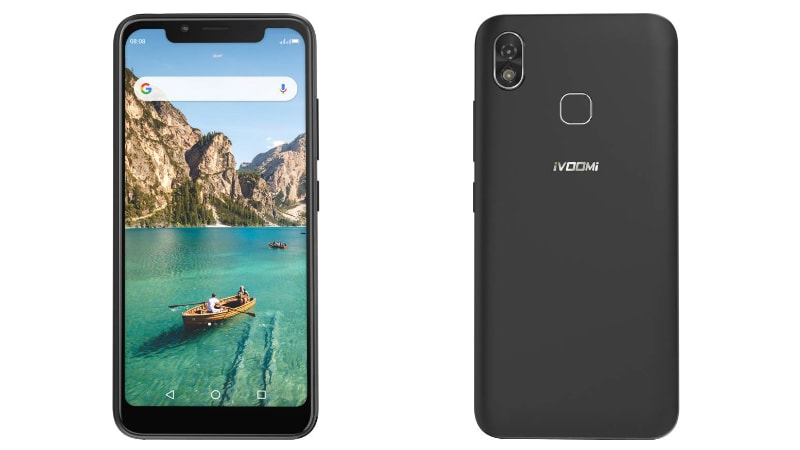 iVoomi Z1 will be available for Rs. 6,499 in Flipkart’s Big Billion Days sale

Chinese smartphone maker iVoomi on Tuesday announced the launch of its latest smartphone in the India - the iVoomi Z1. This phone is claimed to be one of the most affordable offerings in the market with a display notch. Other highlights of the iVoomi Z1 include face unlock capabilities using the selfie camera, a 13-megapixel rear camera with Sony sensor, and three colour options to choose from. Colour options for the iVoomi Z1 include Classic Black, Ocean Blue, and Platinum Gold.

iVoomi Z1 price in India has been set at Rs. 6,999 for the lone 2GB RAM/ 16GB storage variant, and it will be available exclusively via Flipkart starting October 11. The phone will, however, be sold at an introductory price of Rs. 6,499 during Flipkart’s Big Billion Days Sale period between October 11 and October 14. Buyers are also entitled to 10 percent additional discount with HDFC Bank debit cards, credit cards, and EMI transactions. iVoomi has also tied up with Reliance Jio to offer cashback worth Rs. 2,200 with Jio’s Rs. 198 and Rs. 299 recharge packs.

In terms of optics, the iVoomi Z1 sports a single 13-megapixel rear camera Sony IMX135 sensor with 5P lens and a soft flash. On the front, the smartphone bears a 5-megapixel selfie camera with 1.12-micron pixel size and a 4P lens. Connectivity options include 4G VoLTE, Wi-Fi, Bluetooth, and Micro-USB with OTG support. The phone comes with a rear-mounted fingerprint sensor and support for face unlock. It has a weight of about 150.7 grams. The handset is backed by a 2,800mAh battery under the hood.

“In most of our customer interactions, we figured out that the latest buzzword for the smartphone users even in Tier 2, 3, and 4 cities, is the ‘Notch’. Everybody wants to own the latest technology irrespective of the price segment,” said Ashwin Bhandari, CEO, iVoomi India. “Considering this, we decided to give our customers a visual treat this festive season. iVoomi has been diligently working towards developing technology for masses in India and the launch of iVoomi Z1 is one step ahead in this direction.”