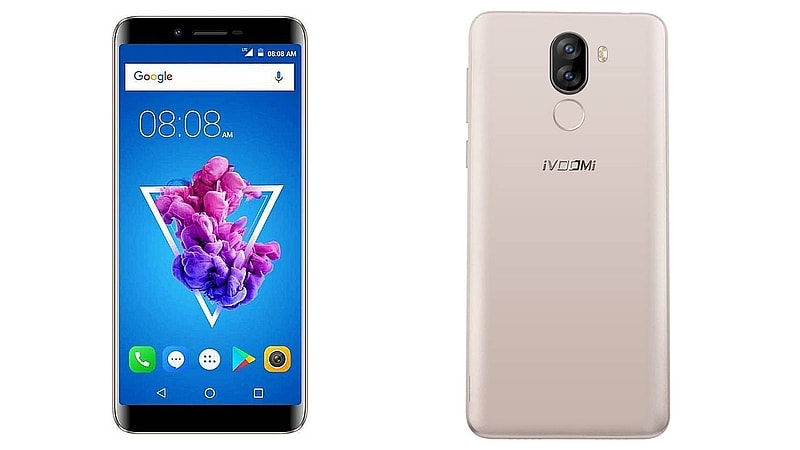 Chinese electronic firm iVoomi on Tuesday launched its second series of flagship smartphones in India - the iVoomi i1 and iVoomi i1s - priced at Rs. 5,999 and Rs. 7,499, respectively. However, as a launch offer, the iVoomi i1s was available at Rs. 6,999 in its first sale. The highlights of the smartphones are their 18:9 displays, fingerprint sensors, dual rear cameras. They will be available in Jade Black and Platinum Gold colour variants. The two models are identical to each other, with the only difference being RAM and inbuilt storage. The smartphones - exclusive to Flipkart - are being sold using a flash sale method, with first sale held at 12pm IST on Wednesday, January 10, and the second sale set for the same time on Tuesday, January 16.

The iVoomi i1 and i1s both bear a dual rear cameras setup, featuring one 13-megapixel sensor and the other 2-megapixel sensor, coupled with an autofocus system and flash. The fingerprint sensor is placed on the rear panel, below the dual rear camera setup. On the front, they both sport an 8-megapixel camera. Inbuilt storage on the smartphones, up to 32GB, is expandable via microSD card (up to 128GB).

"We are extremely excited to introduce 'i1' and 'i1s' as our second flagship series that resonates with a large segment of users across the country," Ashwin Bhandari, CEO, iVoomi, India said in a statement.