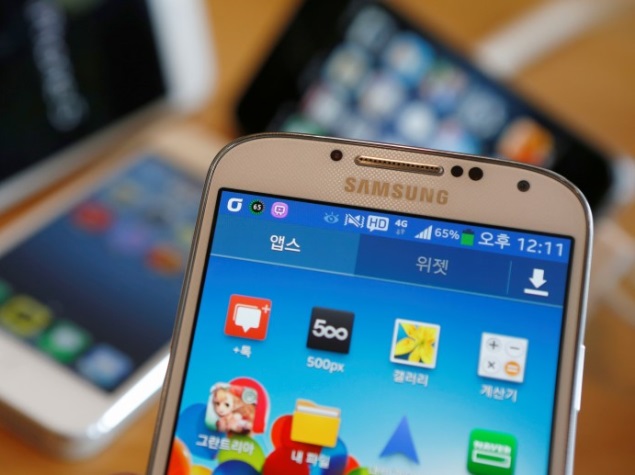 Scailex Corp, which imports Samsung products in Israel, said on Monday it had been experiencing problems with batteries of the popular Galaxy S4 (Review | Pictures) cellular phone.

Scailex said it was making the announcement after local media reported about malfunctioning batteries, and upon request of the Israel Securities Authority.

Israel's top-selling Yedioth Ahronoth newspaper reported that thousands of the batteries in Israel had a problem with swelling, and that at least 20 batteries had burst into flames.

"Starting in the third quarter of 2013, we began to receive indications of problems," Scailex said in a statement to the Tel Aviv Stock Exchange. "The company was in constant and intensive contact with Samsung on the issue of these problems, and in February 2014 started an independent examination."

The examination, it said, was ongoing.

Scailex did not list specific problems it had encountered, but said it passed on to Samsung the details it had collected and in return requested clarifications.

According to the Scailex statement, Samsung in response said it "operates according to the highest quality and safety standards", that external testing had shown the problems did not make the batteries unsafe, and that Samsung was working directly with the local cellular operators on the issue.

Scailex said it was not aware of similar problems in Galaxy S4 devices produced after January 2014.

A spokeswoman for Samsung in Israel had no immediate comment.