iQoo Z5 is confirmed to launch in China on September 23. 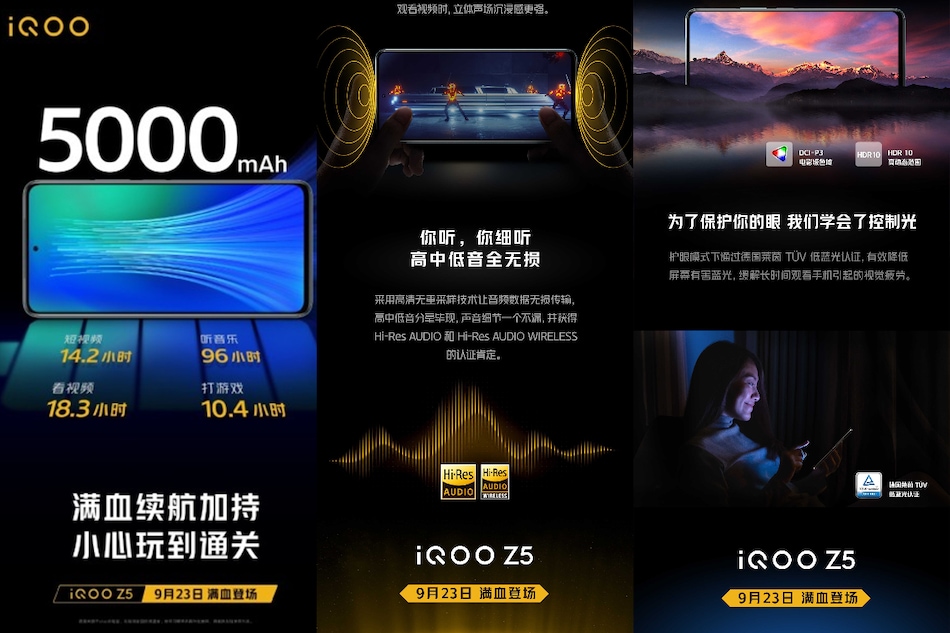 GSMArena cites its sources to report that the iQo Z5 will likely be unveiled in India by the end of September. Given that the smartphone is confirmed to be unveiled in China on September 23, it is likely to launch soon after in the Indian market. Further, the report states that the upcoming iQoo Z5 will be priced under Rs. 30,000 in India. It is touted to be positioned as the "segment's best performance and gaming device."

iQoo Z5 will succeed the iQoo Z3 smartphone launched in India in June this year. Teasers of the iQoo Z5 suggest that the phone will be powered by a Qualcomm Snapdragon 778G SoC, an upgrade from the Snapdragon 768G SoC integrated inside the iQoo Z3. iQoo Z5 is also teased to come with LPDDR5 RAM and offer UFS 3.1 storage. The phone is teased to feature a hole-punch display with a 120Hz refresh rate, HDR 10, a 240Hz touch sampling rate, and DCI-P3 colour gamut. It is also confirmed to come with stereo speakers, Hi-Res Audio, and Hi-Res Audio Wireless support. Recent teaser suggests that the iQoo Z5 will pack a 5,000mAh battery that clams to offer 96 hours of music playback, 18.3 hours of video playback, and 10.4 hours of gaming.

The company has made no announcements regarding launch of the phone in markets outside of China.

How to Compress Videos on Your iPhone