iQoo Neo, iQoo Pro, and IQoo New 855 are among the phones that are scheduled to receive iQoo UI in the first wave. 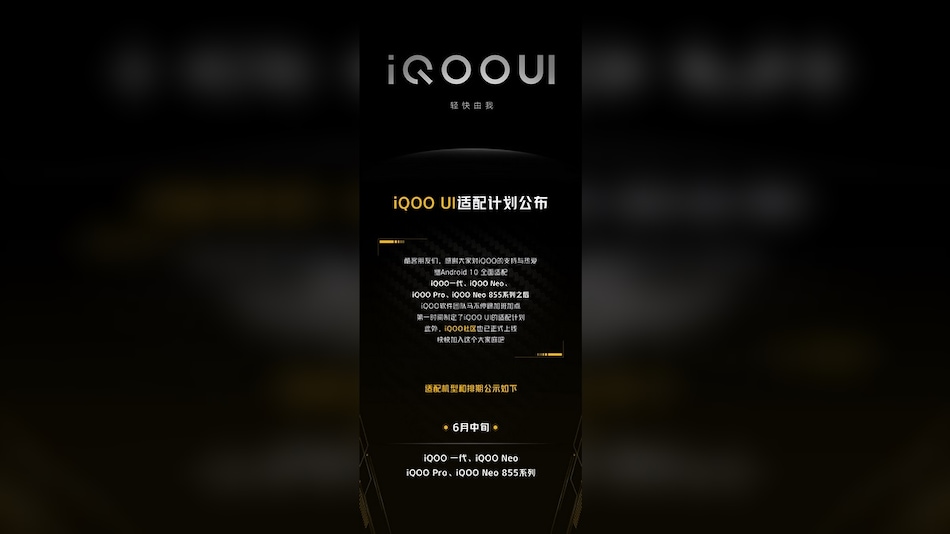 iQoo has made a name for itself in the smartphone market. The manufacturer, started off as a Vivo sub-brand, has become an independent brand in India. While it initially released smartphones with Vivo's Funtouch OS on top of Android, iQoo developed its own user interface (UI) called Monster UI that was later renamed to iQoo UI, first seen in the iQoo 3. Now, according to a post by the company on its Weibo account, older iQoo phones will also be updated to receive this iQoo UI in mid-June. Additionally, iQoo has officially launched its iQoo community.

The list does not include the iQoo Pro 5G that was also launched with Funtouch OS 9, based on Android 9. The phone will most likely receive the new UI in the second wave.

Additionally, the brand shared that iQoo community has been officially launched but no further details were given about the same. We believe it will be something similar to the Realme community or Mi community where the companies share developments, news, and updates with their community members.