iQoo VP showed how the iQoo Neo 3 is going to look like from the back. 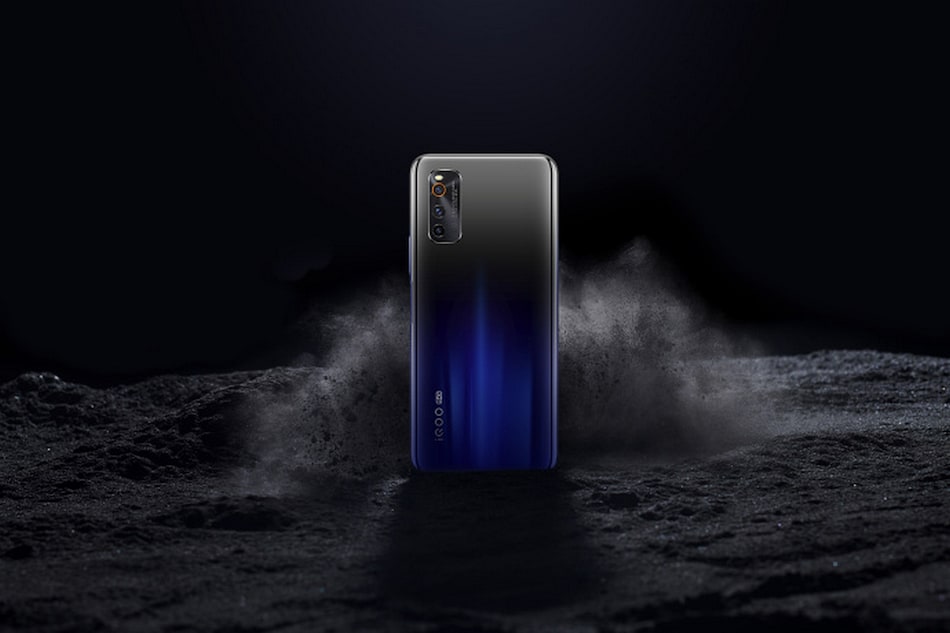 Vivo has revealed an official render of its upcoming iQoo Neo 3 smartphone. An iQoo executive posted the image showing the back of the phone on Weibo. The image shows iQoo Neo 3 in blue colour with a rectangular camera module at the top-left corner. The image confirms that the phone will come with three rear cameras. The front panel of the phone was also visible in a video shared by iQoo on its Weibo account.

The Weibo post by vice president of Vivo's iQoo brand Feng Yufei shows that iQoo Neo 3 will have three rear cameras, placed vertically in the module along with an LED flash. The phone has previously been tipped to feature a 48-megapixel main rear camera. The image also shows that the volume rockers placed on the right-hand-side. At the bottom-left part of the back is the brand logo along with the mention of 5G.

In other iQoo Neo 3 leaks, a report by GSMArena claims that a Vivo phone with model number V1981A has been listed on CCC that could be Vivo iQoo Neo 3. Going by the listing, it is expected that the smartphone will come with 44W fast-charging support.

Separately, in a video released by iQoo on Weibo, the front panel of the new Vivo phone is visible. The image shows the phone mounted on a stand with a media player open. Nothing much can be figured out from this image. However, a screengrab from a previous video had already displayed that the phone will house its selfie camera in a hole-punch at the right-top corner of the display panel.

As for the display, we already know that iQoo Neo 3 will have a 144Hz refresh rate display panel. The phone will come with UFS 3.1 storage as well. The phone will support 5G, however it has been tipped that there may also be a 4G variant.

COVID-19: Samsung Releases App to Remind Users to Wash Hands
iPhone SE (2020) vs OnePlus 8: Which Is the Best 'Affordable' Flagship for India?