iQoo 9 series of smartphones are teased to sport a triple rear camera setup. 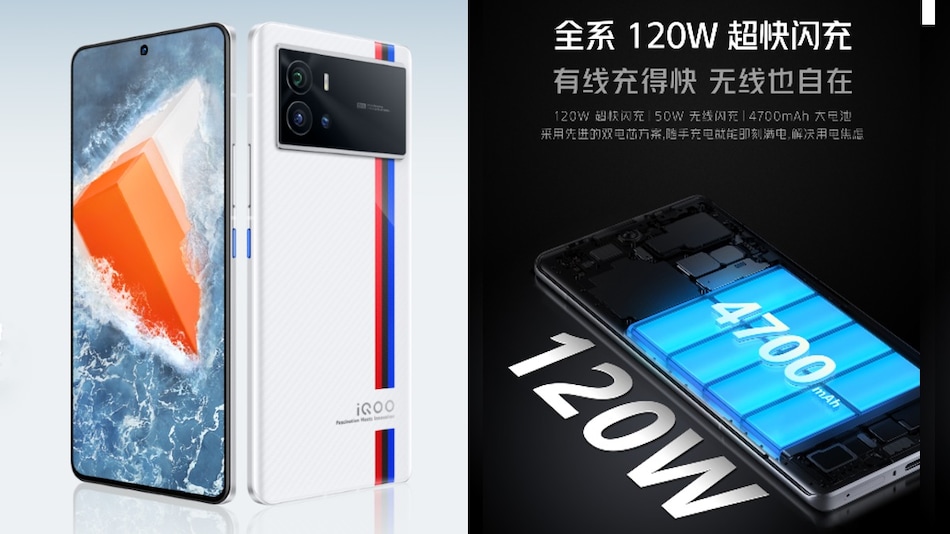 iQoo 9 series, which is likely to have iQoo 9 and iQoo 9 Pro smartphones, will be launched in China at an event scheduled for January 5, a listing on Vivo's online store has confirmed. Apart from information about pre-booking as well as the launch date, the listing also reveals the design as well as key specifications of the series. One or more smartphones in the series are confirmed to feature a Samsung E5 AMOLED display. In addition, a Weibo post from iQoo has confirmed 4,700mAh battery with 120W fast charging on an iQoo 9 series smartphone.

The first set of details comes from a listing on the Vivo online store in China. The listing reveals that the iQoo 9 series of phones are now available for pre-order and users can book one to win prizes. The smartphones will be launched on January 5 at an event scheduled for 7:30pm local time (5pm IST). The information about the sale will be revealed later. Furthermore, the listing also confirms that iQoo will have a BMW design.

As per the image shared with the listing, the smartphone will sport a second-generation Samsung E5 AMOLED display with LTPO technology. This means that the phone is expected to offer a variable refresh rate. A previous leak said the phones could come with a 120Hz refresh rate. An iQoo 9 series phone, which is likely to be the iQoo 9 Pro, will be the official device for the Arena of Valor King Pro League competition.

The iQoo 9 series of phones will feature a triple rear camera setup in a large rectangular module. The lenses will be aligned in an L-shaped fashion, and the display will have a hole-punch cutout in the centre of the screen.

Meanwhile, iQoo has shared a teaser on Weibo revealing the battery specifications of the series. It shows that at least one phone, which could be iQoo 9 Pro, will pack a 4,700mAh battery with 120W fast-charging technology. This is in line with a previous leak. Furthermore, the phone will support 50W wireless charging as well. The teaser also says that the phones in the series will get a steel frame.