iQoo 7 Teased to Launch Soon, BMW Special Edition May Be in the Offing

iQoo 7 will sport a triple camera setup at the back, placed inside a squarish module. 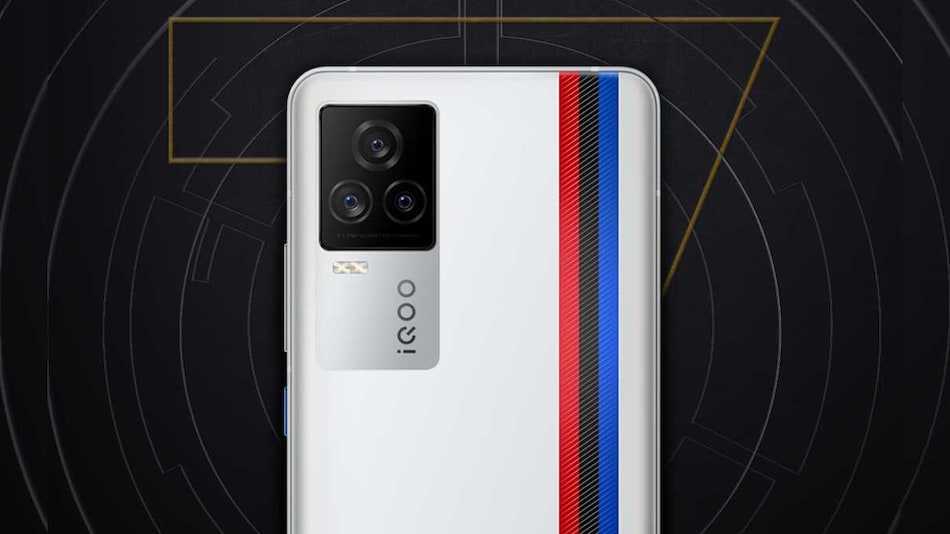 iQoo 7 has officially been confirmed by the company as its upcoming flagship smartphone. The launch date has not yet been announced, but a teaser poster revealing design details has been shared by the company. In the teaser, iQoo 7 is seen sporting a triple camera setup on the back with a unique finish. The phone's design in the poster hints that a BMW Special Edition may be in the offing. iQoo also announced that iQoo 7 will be the official gaming machine for the KPL Games (King Pro League) eSports event in China.

The company took to Weibo to confirm the arrival of iQoo 7 in China. The post announces that the handset will be the official KPL 2020 gaming machine. The KPL eSports event is held in autumn and spring seasons every year in the region. The poster attached suggests that the iQoo 7 will have a triple camera setup on the back with the three sensors placed in a triangular formation inside a squarish module. The iQoo logo is placed right below the camera module alongside the flash and the three-coloured striped finish at the back hints at a BMW Special Edition.

iQoo 7 could have an in-display fingerprint scanner and is likely to come in other finishes as well. There is little else that is known about iQoo 7 apart from this, but it is expected to offer flagship-grade specifications. iQoo 7 series will replace the iQoo 5 series that was launched in August this year. The iQoo 5 series was powered by the Qualcomm Snapdragon 865 SoC and the upcoming iQoo 7 handset may be powered by the newly-launched Snapdragon 888 SoC. Alongside iQoo 5, the company also introduced the iQoo 5 Pro and an iQoo 7 Pro could be in the offing as well. There is very little detail to go by right now and iQoo should announce more information in the future.

Huawei, ZTE Ban: US Lawmakers Said to Back $1.9 Billion to Replace Telecom Equipment From Chinese Companies