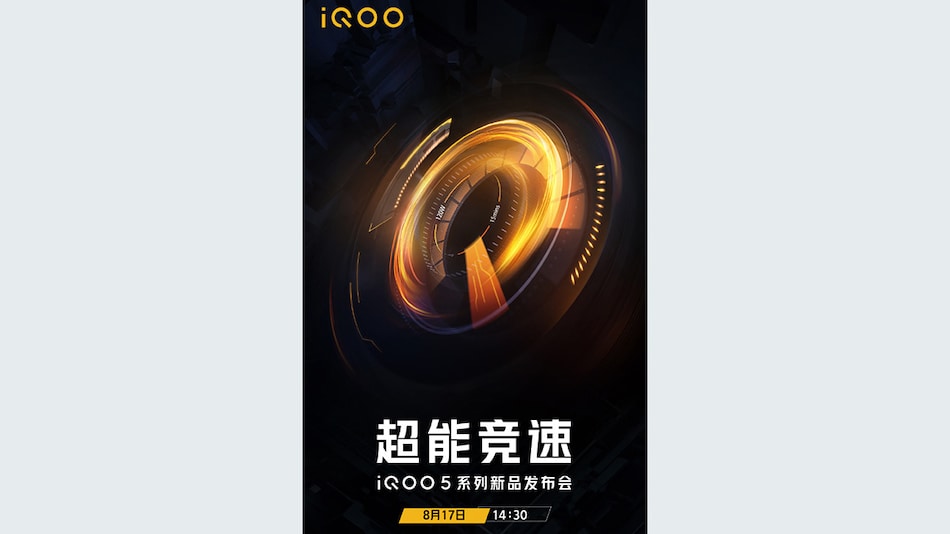 The iQoo 5 will be the company’s new flagship series

iQoo 5 series will officially launch on August 17 in China, according to an post by the Vivo sub-brand on Weibo. iQoo has begun teasing that its 5 series will offer “flagship performance” and also hinted at 120W fast charging support. It's not clear how many models will be released as a part of the lineup, so we'll have to wait and see. The launch is set to take place at 2:30pm local time (12pm IST), on August 17 in China. We've not heard anything from iQoo India yet, so it's still unclear if/when these phones will launch in India.

iQoo has put up a couple of posts from its official handle (@iQoo mobile phone) on Weibo. The most recent post is of an image, with the date and time of the launch. If you look closer at the image, there's a mention of “120W” and “15mins.” This all but confirms that the iQoo 5 series will support 120W fast charging that should be able to charge its battery in just 15 minutes. This also corresponds to the tip we reported about yesterday that claimed the same thing. The 120W fast charging is the latest charging technology that iQoo unveiled in July.

iQoo hasn't teased or confirmed any other specifications of the phone yet, except that it would be its new “performance flagship.” Considering the iQoo 3 (Review) had the Snapdragon 865 SoC, it only makes sense for iQoo to go with the same or the Snapdragon 865+ SoC. Its India launch is still uncertain, considering the company's other models such as the iQoo U1 and iQoo Z1x, haven't launched here yet.