The year-old iPhone X of Melbourne-based Scientist Robert De Rose had allegedly exploded in the pocket in 2019. 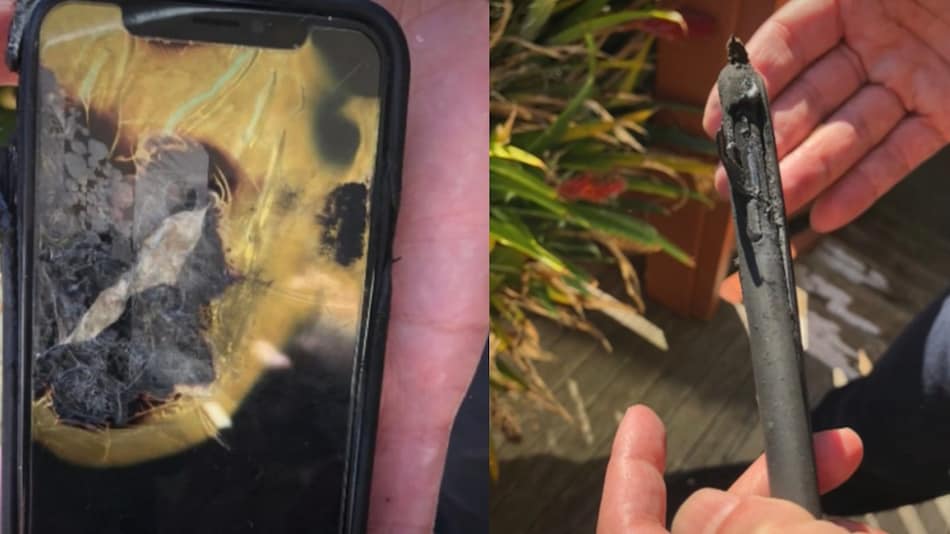 An Australian man whose iPhone X allegedly exploded in his pocket and caused him second-degree burns, is now suing Apple for the incident, which took place in 2019. He claims that he reported the issue to Apple but received no response, according to local media reports. He wanted to get compensated for the injury and the loss he faced due to the alleged burning of his iPhone X. The lawsuit has been filed with the County Court in Australia, and Apple is also investigating the complaint.

The year-old iPhone X of Melbourne-based Scientist Robert De Rose allegedly exploded in the pocket while he was sitting in his office in 2019.

“I heard a faint pop sound, followed by a fizz and then I felt intense pain on my right leg, so I immediately jumped up and realised it was my phone,” he told news site 7NEWS.

The exploded iPhone caused second-degree burns to De Rose's thigh and burnt the pocket of his pants.

“I had ash everywhere, and my skin had peeled back,” he explained.

De Rose reported the incident to Apple but received no response. He then decided to file the lawsuit — seeking compensation from the company. The scientist also wanted to warn other iPhone users of the potential danger.

In addition to the De Rose case, Tony Carbone of litigation law firm Carbone Lawyers informed 7NEWS that it would be representing another Apple user in the County Court who claimed an overheating Apple Watch had burnt his wrist. That case is also in the court seeking compensation for the incident.

An Apple spokesperson told the news site that the company takes customer safety extremely seriously and confirmed the two complaints are being investigated.

This was not the first time when Apple devices are reported to have caused burning injuries to users. A 10-month-old iPhone X had allegedly exploded when a user was in the process of installing a software update in the city of Federal Way, Washington in the US in November 2018. A three-week-old iPhone XS Max had reportedly caught fire in the rear pocket of a man from Ohio, US in December 2018.

In general, smartphones and other smart devices can catch fire due to their batteries. Users are recommended to avoid overcharging and keeping their phones in the back pockets as those mostly turn out to be the prime causes for burns and explosions.

Volvo to Go All Electric by 2030, Sell Exclusively Online