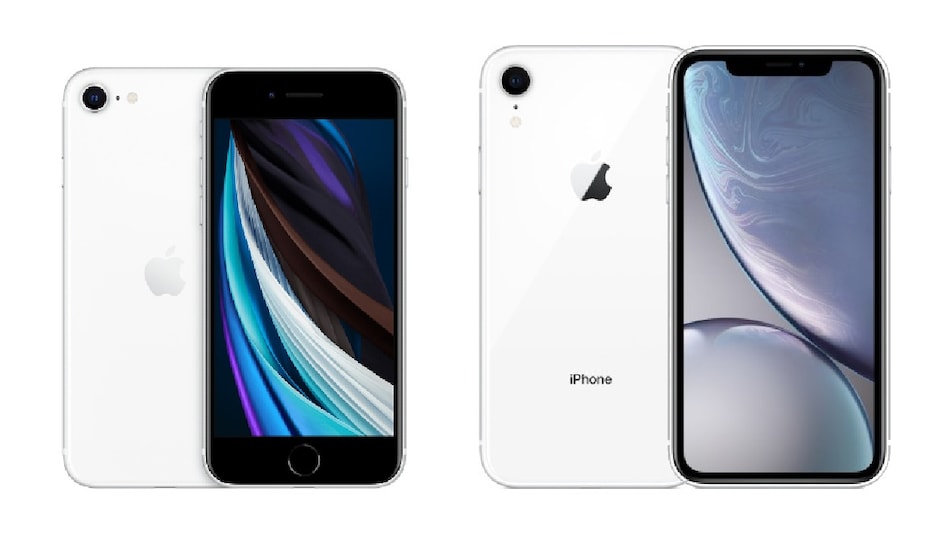 iPhone SE 2020 was made official by Apple on Wednesday. The new low-cost Apple iPhone debuted on Wednesday after much anticipation. It was originally rumoured to be called iPhone 9 or iPhone SE 2, but Apple decided to stick with iPhone SE name with 2nd-generation tag. The iPhone SE 2020 retains the design that iPhone 8 also sports, but the new iPhone comes with the newer Apple A13 Bionic chip. The A13 chip powers the top-notch iPhone 11 series. Apple has also offered a Touch ID fingerprint button and a Retina HD display that sans the earlier 3D Touch experience and has Haptic Touch support. All this makes the iPhone SE (2020) an attractive entry-level iPhone. But where does it stand against the highly popular iPhone XR, at least on paper?

Here, we compare the new iPhone SE price in India and specifications with those of the iPhone XR to help you find what would be better for you.

The iPhone SE 2020 price in India starts at Rs. 42,500 for the base 64GB storage variant. The 128GB variant is priced at Rs. 47,800 and the 256GB storage variant is priced at Rs. 58,300.  Moreover, the iPhone SE (2nd generation) will be available in Black, White, and (PRODUCT) RED colour options. Availability details for the Indian market will be announced at a later stage.

In contrast, the iPhone XR price in India starts at Rs. 52,500 for the 64GB storage variant. It comes in Black, Blue, Coral, (PRODUCT) RED, White, and Yellow colour options.

The new iPhone SE and iPhone XR both run iOS 13. On the display part, the iPhone SE 2020 has a 4.7-inch Retina HD (750x1334 pixels) IPS display. The iPhone XR, on the other hand, has a 6.1-inch Liquid Retina HD (828x1792 pixels) IPS display. Both phones have the same 326ppi of pixel density, P3 colour gamut, and 625 nits of maximum brightness. Under the hood, the iPhone SE 2020 has the A13 Bionic chip, coupled with a third-generation Neural Engine. The iPhone XR, however, has an A12 Bionic chip, paired with a second-generation Neural Engine.

Apple has provided the Touch ID fingerprint sensor on the iPhone SE 2020. This is unlike the iPhone XR that has facial recognising Face ID support. Other than that, both iPhone models have an identical array of sensors that includes an accelerometer, ambient light, barometer, three-axis gyro, and a proximity sensor.

The iPhone SE 2020 and iPhone XR both come with a built-in rechargeable lithium-ion battery that supports wired and wireless charging. However, Apple doesn't provide any details around the capacity of batteries it uses on its iPhones.