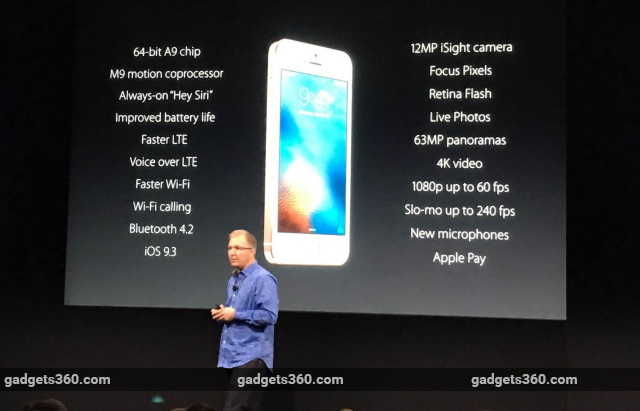 As expected, Apple at its 'Let Us Loop You In' event on Monday has unveiled a 4-inch iPhone.

Called the AppleiPhone SE (where the SE is thought to stand for 'special edition'), the new Apple smartphone is meant to address both the demand for a smaller screen iPhone, as well as the demand for a cheap iPhone. The company says that it sold more than 30 million 4-inch iPhone models in 2015.

The Apple iPhone SE features innards similar to the iPhone 6s, but comes with a design and form factor that's reminiscent of the iPhone 5s - the company's last 4-inch iPhone.

Looking nearly identical to the iPhone 5s, the iPhone SE comes with the colour variants introduced with the iPhone 6s - including Rose Gold.