Users with the latest iOS 14.1 update are also experiencing the same issue. 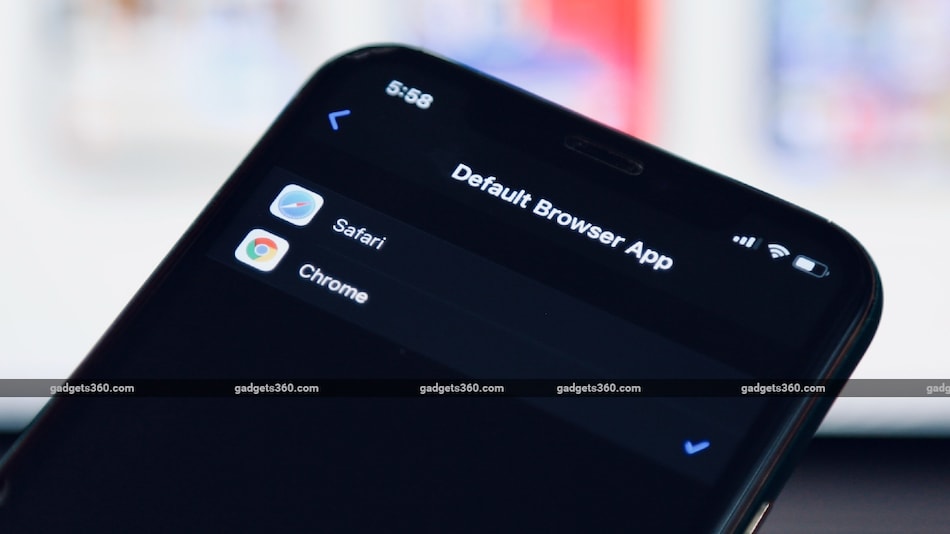 Apple should likely fix this bug in its next software release

iOS 14 users are reportedly facing a bug that resets mail, browser app settings following third-party app upgrades. Apple recently fixed a bug that reset Default mail and browser app settings to Mail and Safari after every reboot. Now, a new bug has come to light that essentially performs a similar reset after your manually chosen default mail or browser app is updated. This bug is reportedly prevalent with the iOS 14.1 update released recently and Apple should presumably fix it with the next software release. The bug resets the default mail app to Apple's Mail app after every update to Gmail or Outlook or any other mailing app that you may have manually set as default.

Twitter user David Clarke posted a video showing how the bug performs on his handset. He says that every time an email or browser app is updated on iOS 14, it resets to the default settings. The video shows that when he updates the Gmail app (his selected default mail app on iOS 14) the settings get reset. He claims that the same happens for default browser app settings as well. This is rather inconvenient and is likely a bug that can easily be fixed by Apple. The Verge reports that the bug still exists even after the recently released iOS 14.1 update is installed.

Apple should likely fix it with the iOS 14.2 update that is still in beta right now. Earlier, an iOS 14 bug reset Mail and Safari as default mail and browsers apps after reboot. This bug was affecting both iPad and iPhone users and it was fixed with the iOS 14.0.1 update that was released just days after the bug was reported.

As for iOS 14.1 that was released yesterday, the update brings along support for 10-bit HDR video playback and editing in the Photos app for iPhone 8 and later models. The update also fixes issues where emails in Mail were sent from an incorrect alias and incoming calls were prevented from displaying region information.