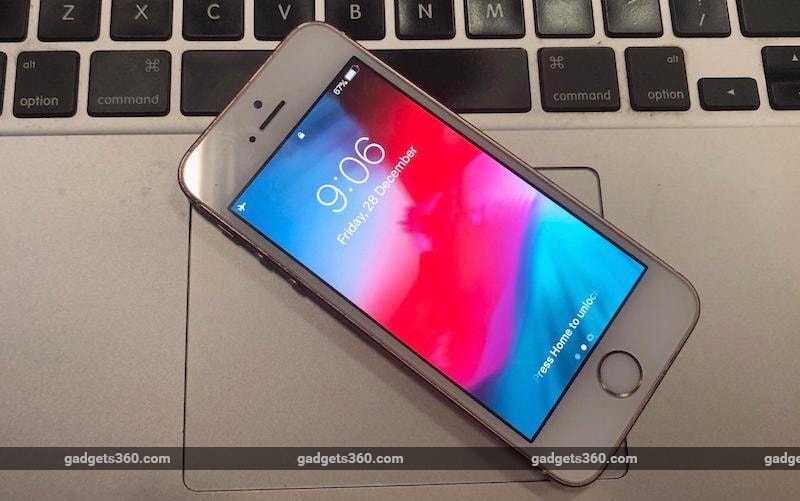 December 31 is the last day to get iPhone battery replacements at a discounted price and in Mumbai at least, the rush is real. Gadgets 360 noted a marked increase in consumers trying to get their batteries replaced closer to the deadline. For those who are unaware, Apple admitted to slowing down old iPhones to prevent unexpected shutdowns and to compensate for this, reduced the price of replacing a battery of an iPhone that isn't in warranty from Rs. 6,500 to Rs. 1,995. This scheme is valid for the iPhone SE, iPhone 6, iPhone 6 Plus, iPhone 6s, iPhone 6s Plus, iPhone 7, iPhone 7 Plus, iPhone 8, iPhone 8 Plus, and iPhone X.

PSA: Last Chance to Get Your iPhone Battery Replaced By Apple for Cheap

At an Apple authorised service centre in Colaba, Mumbai, we saw long queues of walk-in customers waiting for the mandatory diagnostic checks prior to a battery replacement, with wait times stretching close to an hour. It's something we noticed first hand in an attempt to check if our out-of-warranty iPhone SE was eligible for a battery replacement.

In our time there we noticed at least ten other consumers walk in and take tokens to wait in line to have their iPhones checked, aside from an odd request to have AirPods cleaned and another who showed up to pick up a MacBook Air sent in for repairs.

Clearly, the three counters dedicated to iOS device issues weren't up to the task with lines being longer than they usually are on a Friday afternoon. It was compounded by a few other users who showed up after booking appointments online. The service centre didn't have a separate section for these customers; instead they were being allowed to jump the queue, which resulted in those already queued up feeling irritated and confused.

What was interesting that it was a varied bunch of people at the scene, and not all of them were from Colaba or even Mumbai, with some from Silvassa and Nagpur, probably on business or work trips. There were bank executives, college students, housewives, businessmen, and well, folks who live and breathe tech like us, toting iPhones ranging from the iPhone 6 to iPhone 8 Plus, with ours being the only iPhone SE we came across.

Not everyone was aware of the terms and conditions under which they'd get a battery replacement. The housewife in front of us sported what seemed to be an iPhone 6s which had missing screws, a busted home button, and its screen literally popping out from its frame — clearly a unit that had seen, let's call them, “third-party” repairs. Needless to say it wasn't cleared for replacement.

The college student next to us with a 16GB iPhone 6 fared better despite having his battery health at 40 percent, random shut downs and all, being told he'd get a call to come in and get the battery replaced. It was a common refrain with iOS repair staff telling nearly everyone that they would have to wait a few days, and their phones' batteries will be replaced the moment they showed up.

This is because the service centre did not have the necessary batteries in stock and had to call for them from Bengaluru. In the event batteries can't be procured by December 31, the subsidised price of Rs. 1,995 still holds as the diagnostic check took place before the final date.

The entire process was in stark contrast to our experience a couple of weeks back when we turned in a two-year-old iPhone 7 for battery replacement. A diagnostics check took under 10 minutes and after a day of waiting, we got our phone back with a brand new battery.

As for our SE? We were politely told what we heard the staff tell other customers, they're out of stock and that they will call us when the batteries are available, cautioning us that they're closed on January 1 for the New Year.

It will be interesting to see if Apple declares how big of a hit it took on its year-long battery replacement program, but one thing is certain, it appears to be a hit with its Indian consumers, who don't seem to mind holding on to their iPhones longer than you'd expect.