iPhone 8 Schematics Leak Suggests No Fingerprint Sensor on the Back 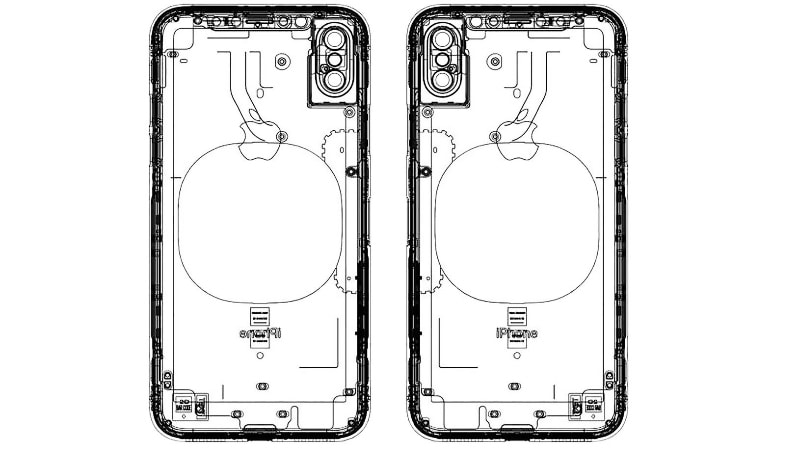 After noted tipster Benjamin Geskin treated us with live images of the iPhone 8 over the weekend, he has now leaked schematics of the smartphone giving us a peek at the internals. The tipster also says that the iPhone 8 will have long range wireless charging up to 5 metres, something that has been leaked sporadically in the past as well.

The iPhone 8 schematics leak once again points to a vertical dual camera setup of the upcoming Apple flagship, and the flash is seen situated in between the two camera sensors. The front sensors and camera is also seen in the image, while there is no rear fingerprint sensor seen in this leak.

Apple is tipped to have met with various hiccups while incorporating fingerprint sensor underneath the display, and the yield rate is reportedly also very low. If the company cannot tackle these issues, it may as well drop the idea and go for another Touch ID solution. There was also a report that hinted that Apple may ditch Touch ID altogether and rely on facial recognition for security access, something that will be frowned upon if true. Interestingly, Geskin also notes that there will be a USB Type-C-to-Lightning cable inside the box.

A recently released concept video imagined and showed the upcoming iPhone 8 from all angles. The video shows the edge-to edge display, the OLED panel colours, the 'almost' hidden front camera behind the display, the function bar at the bottom, the fingerprint scanner embedded underneath the display, and the dual speakers at the bottom edge.

Recent GeekBench scores indicate that the iPhone 8 will destroy all competition out there, and the listing hints at a 1242x2800 screen resolution, resulting into a weird 20.2:9 or 2.25:1 aspect ratio. The iPhone 8 GeekBench listing also hints that the smartphone runs on iOS 11, and is powered by a 2.74GHz A11 quad-core CPU.