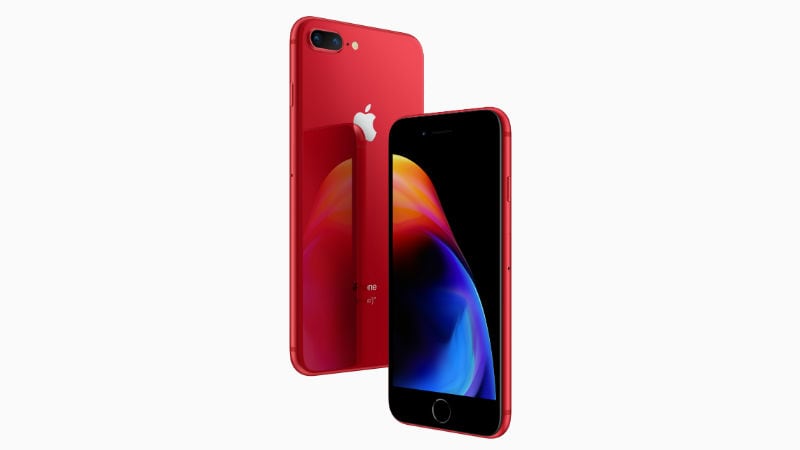 As expected, Apple has formally launched the iPhone 8 and iPhone 8 Plus (PRODUCT) RED Editions. The new iPhone models come with a red finish and sport 64GB and 256GB storage options. All two (PRODUCT) RED Editions will initially be available for pre-orders in the US and other markets from Tuesday, and will be and in stores beginning Friday, April 13. India availability for the new models is set for May. Last year, Apple brought the red variants of the iPhone 7 and iPhone 7 Plus in 128GB and 256GB storage options. The aim of launching the red variants is to support (RED), an organisation that raises awareness and funds to help combat HIV/AIDS in Africa.

Apple also introduced a new (PRODUCT) RED iPhone X Leather Folio, which will be available beginning Tuesday at $99 (Rs. 7,900) in the US.

Apple says that part of the proceeds of sales from its (PRODUCT) RED range goes to the Global Fund HIV/AIDS grants that provide testing, counselling, treatment, and prevention programmes with focus specifically on eliminating transmission of the virus from mothers to their babies. As of December last year, the iPhone maker had raised over $160 million (nearly Rs. 1,038 crores) for the (PRODUCT) RED brand owned by (RED).