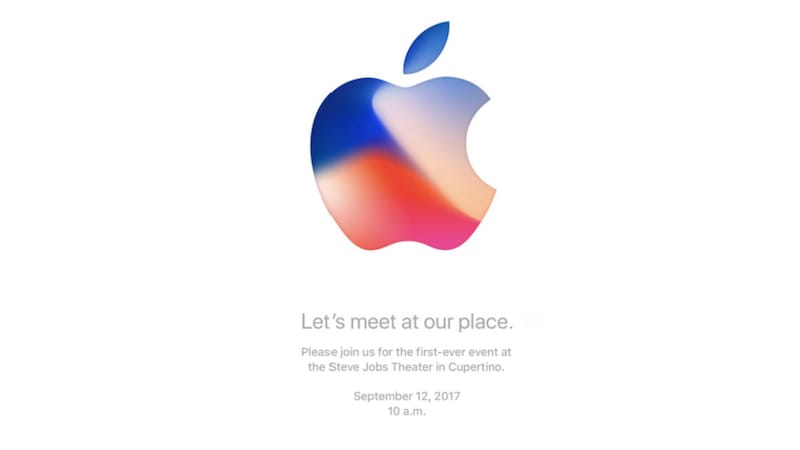 iPhone 8 launch is nearly upon us as Apple has sent out press invites for an event at the new Steve Jobs Theater at its new 'spaceship' campus in Cupertino, California on September 12. The company is likely to launch the iPhone 8 on the September 12 event, the tenth anniversary model that is expected to bring with a new wave of revolutionary features. Along with the iPhone 8, the event is also expected to see the unveiling of iPhone 7s and iPhone 7s Plus, the successors of the current Apple flagships. Apart from these, fans can also look forward to seeing a new Apple TV model with 4K and HDR support and LTE-capable Apple Watch at the event, if rumours are anything to go by.

The new iPhone models are expected to not feature the traditional Touch ID fingerprint scanner, and instead house 3D sensors to enable facial recognition feature. Apple made the fingerprint scanner popular on smartphones, so it will be interesting to see how the company attempts to set the next trend for authentication on phones.

According to earlier reports, the iPhone models will have much smaller chins -- bezels -- allowing company to fit bigger displays in the same (as iPhone 7 and iPhone 7 Plus), if not smaller form factor. Speaking of which, reports suggest that at least one of the models will feature OLED display (current generation iPhone models ship with LCD displays). Which brings us to its rumoured price: $999.

There is no official word yet on this yet, but you can bet that iPhone 8 price in India would be much higher than that of the iPhone 7, the base model of which retailed at Rs. 72,000 when it became available in India. Apple usually begins shipping the iPhone models in two weeks in the United States, and make the new models available in India in about four weeks to six weeks.

The iPhone 8 launch is a momentous occasion for the company as it will mark ten years since the launch of the original iPhone. According to rumours, Apple is pulling out all stops for the launch of the model, which is said to focus on augmented reality (AR) technology as much as other software features with the iOS 11 release.