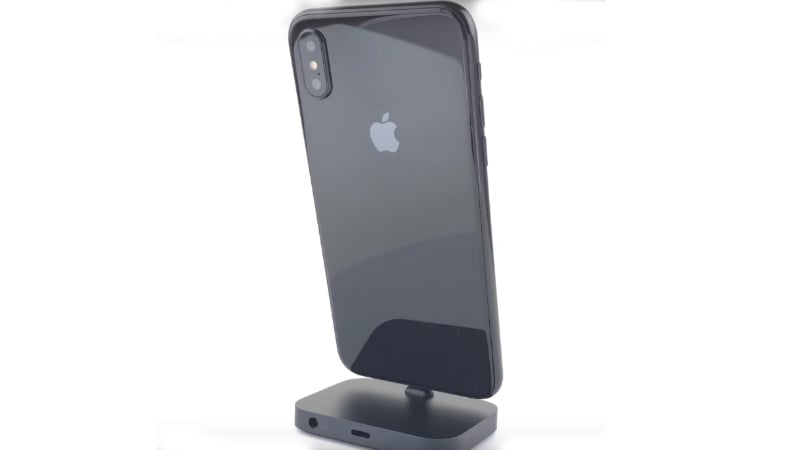 iPhone 8 leaks continue to pour in, and renders of the smartphone have been leaked in abundance so far. However, a fresh leak brings the best ever view of iPhone 8 yet. A high-res video of a purported iPhone 8 dummy unit shows it from all angles, and even measures it for a more detailed analysis.

The video has been published by Tiger Mobiles and OnLeaks together, and it shows a particular Black dummy unit from all angles. The tipster claims that the dummy unit is based on 3D CAD schematics, and is sourced directly from the factory in charge of building the new iPhone. The smartphone corroborates past leaks and the vertical dual camera setup sits at the back, with the flash sitting in between the two lenses. There’s a grey Apple logo sitting in the back centre, and the entire back is made up of glass, seemingly confirming wireless charging rumours.

Coming to the bottom edge of the iPhone 7, the dual speaker grille setup is seen on both sides of the Lightning port. The front is all occupied by the display, as has been reported earlier as well. The top lip houses the earpiece and front camera sensor, but all else is just display. There’s no Home Button seen anywhere, and the fingerprint sensor is expected to be embedded underneath the display.

The iPhone 8 has been tipped to sport wireless charging as well as an OLED display, apart from being more waterproof than current iPhone models as well. It is expected to come with AirPods bundled, and be unveiled in September.