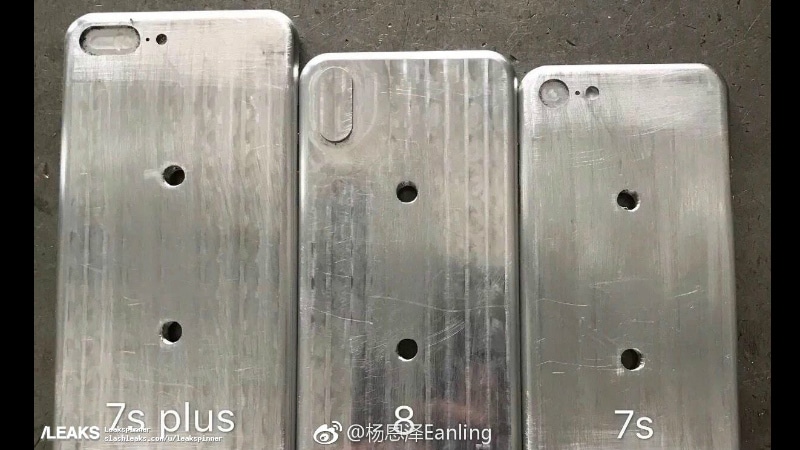 The anniversary edition iPhone, reportedly called the iPhone 8, has been leaked massively, with new information cropping up online almost every day. A fresh bout brings images of the the purported moulds of the entire 2017 iPhone lineup, giving us a look at what the back of the iPhone 7s, iPhone 7s Plus, and iPhone 8 will look like.

Mould images are usually even made for dummy iPhone units or concepts, and we recommend you don't take this as the final word. However, the moulds do corroborate with previous design, leaks adding more weight, as to what the iPhone 8 may appear. The iPhone 7s and iPhone 7s Plus are expected to be iterative updates, while the anniversary phone iPhone 8 will see more radical changes.

A separate DigiTimes report (citing Chinese-language newspaper Economic Daily News) also claims that the price for 3D Touch components on OLED iPhone 8 has also been increased by 150 percent by TPK Holdings and General Interface Solution. The technique for embedding 3D Touch on OLED and LCD are different, and OLED requires additional glass at the front and back for more strength. While the current price of this component is $7 to $9 (roughly Rs. 450 to Rs. 600) per unit, the price for the OLED iPhone has been bumped up to $18 to $22 (roughly Rs. 1,100 to Rs. 1,400 ) per unit. If Apple decides to use OLED, it will have to price it much higher to keep the profit margins intact.