iPhone 7 Plus Reportedly Explodes; Apple Says It's Looking Into the Issue 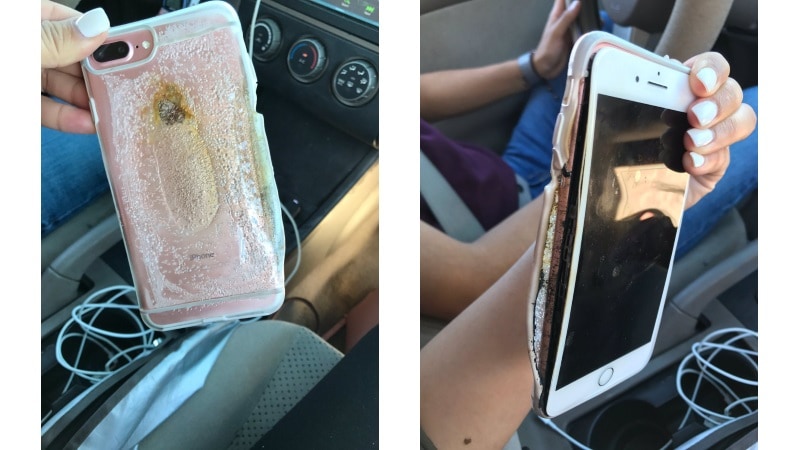 If the explosion cases associated with Galaxy Note 7 have taught us something, it is that safety issues like this can damage a well-established company's image substantially. This is exactly why Apple has reportedly got in touch with the owner of an iPhone 7 Plus that was caught smoking in a viral Twitter video. The Cupertino-giant is currently said to be conducting its tests on the device.

Brianna Olivas, the owner of the iPhone 7 Plus in discussion, told Mashable that the entire episode started a day before when the smartphone, which she purchased from Sprint in January, refused to turn on. After Olivas took her device to Apple Store and tests were run on the smartphone, she was told that everything was fine with her unit.

"The next morning I was asleep with my phone charging next to my head, my boyfriend grabbed the phone and put it on the dresser," Olivas told Mashable through a direct message on Twitter. "He went the the restroom ... and from the corner of his eye he saw my phone steaming and [heard] a squealing noise. By the time he got over to the phone it had already caught fire, he quickly grabbed the phone and threw it in the restroom ... as soon as he threw it in the restroom [it] blew up and more smoke started coming out of the phone," she said.

In the video shared by Olivas, her iPhone 7 Plus can be seen smoking with the plastic case melting in the process. The video has garnered over 1.26 million views and has caught a lot of attention on social media.

Olivas says that she has handed over her phone to Apple. An Apple spokesperson told Mashable it is aware of the video. "We are in touch with the customer and looking into it." Interestingly, Olivas has claimed that she has always used Apple's original charger to charge the phone, therefore ruling out the possibility that a non-original product might be the reason behind device's explosion, as pointed out in a report by PhoneArena.

Even though this is not the first instance when an iPhone has been spotted catching fire, this case is still a rarity and it will be unfair to draw comparisons with Samsung Galaxy Note 7 where several cases of device catching fire were being reported almost every day after its launch.