iPhone 6s, iPhone 6s Plus Launched in India to an Enthusiastic Response 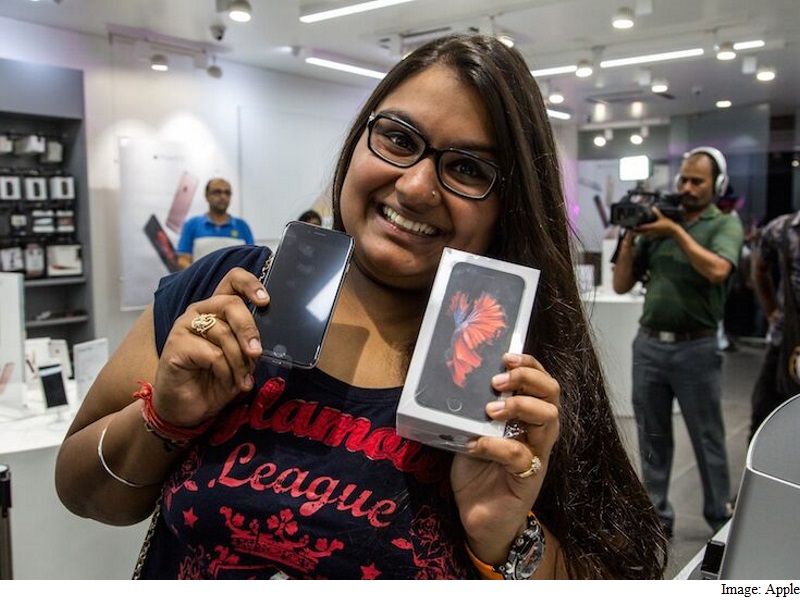 The iPhone 6s and iPhone 6s Plus launched in India on Friday with eager customers queuing up at midnight outside Apple retailers across cities like Mumbai and Delhi to be amongst the first to get their hands on Apple's newest smartphones.

The iPhone 6s and iPhone 6s Plus come with new 3D touch, which is a pressure sensitive screen that lets you perform different actions dependent on the amount of pressure you put. For example, you can hard press to preview content, while tap normally to go view it as usual.

The iPhone 6s and iPhone 6s Plus come with a new 12-megapixel rear camera that also supports 4K video recording. Apple claims improved colour accuracy, quicker autofocus, and enhanced lowlight performance. Front camera has been bumped up to 5-megapixels. Apple is introducing technology where the display will light up to act as flash for the front camera.

The iPhone 6s and iPhone 6s Plus also feature new 'live photos' that let you capture audio to go with your 'photos', including frames just before and after the moment you capture. They also come with a new Touch ID fingerprint scanner that's twice as fast.

Disclosure: Gadgets 360 is a retail partner of the iPhone 6s, iPhone 6s Plus in India.