iPhone 6 to launch in two screen sizes in September: Nikkei 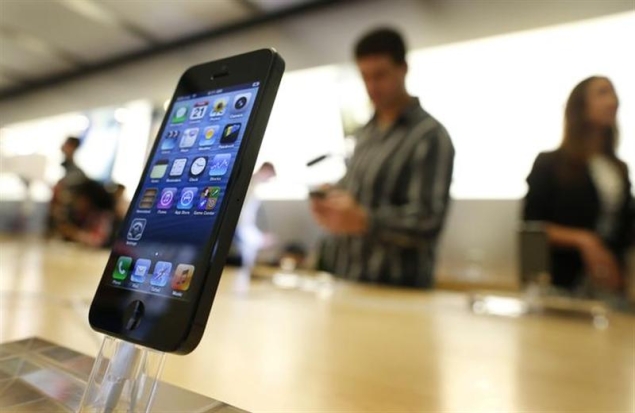 Apple is likely to release its newest iPhone globally in September with a higher resolution and bigger screens, Japan's leading Nikkei business daily reported Friday. The handset, expected to be called the iPhone 6, is expected to come in two versions with a 4.7- or 5.5-inch screen, up from the current four-inch panel, the report said, without citing sources.

Apple released its current iPhone 5 in September 2012 and newer versions in the series (the iPhone 5s (Pictures) and iPhone 5c (Pictures)) last year. There was no immediate comment from Sharp.

Previous leaks have said the iPhone 6 will arrive with a much thinner body, a powerful processor and a higher pixel density screen. As for the processor, both Samsung and TSMC are rumoured to be making the new A-series 'Apple A8' chips for the iPhone 6, separately rumoured to be clocked at 2.6GHz.

The iPhone 6 is also speculated to ship with an Ultra-Retina display, with a pixel density of 389ppi. This round of rumoured features came courtesy Sonny Dickson, the Australian teen who rose to fame in the build up to the release of iPhone 5s with what turned out to be largely accurate leaks.

Dickson, in one of his four tweets on the subject, also said, "iPhone 6 will be 0.22 inches thick #JustSaying." Other expected features include a bezel-less display, and a larger 8-megapixel camera with aperture size of f/2.0, as compared to the iPhone 5's f/2.4 and iPhone 5s' f/2.2.