iPhone 6 Plus Bending: Other Smartphones Put Through the Bendgate Test With Mixed Results 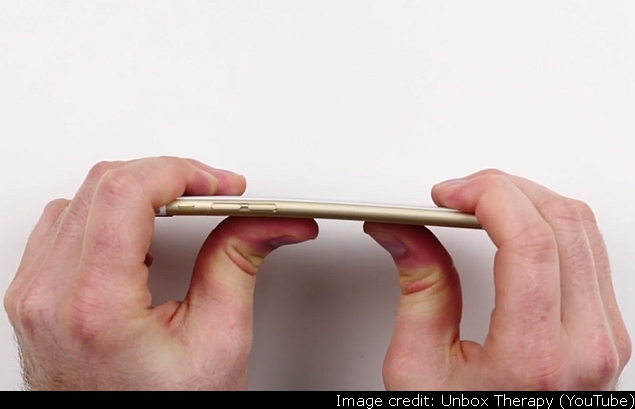 As the iPhone 6 Plus 'bendgate' video went viral on the Web, several videos of other phones being put through the bend test appeared on the Internet.

Some users of the iPhone 6 Plus had reported that the phone gets bent when kept in their front pockets for a significant duration. Unbox Therapy followed up its video of a iPhone 6 Plus 'bend test' with one where it tried to bend the iPhone 5s, iPhone 6, Samsung Galaxy Note 3, HTC One M8 Motorola Moto X (Gen 2) and the Nokia Lumia 1020.

In the 9-minute video, all the phones are put through similar bend tests, where a person places both thumbs at the back of the phone and tries to pull it back from both sides. In the video, none of the other phones appeared to bend as much as the iPhone 6 Plus. However, the iPhone 6 appeared to bend a little near the volume button and creaking sounds were heard too.

Unbox Therapy put the HTC One M8 and the Lumia 1020 through the same test and both came through relatively unscathed. In both cases, creaking sounds were heard and the screen lifted a little, but it popped back into place when the pressure was released. In the video, the Moto X (Gen 2) appeared to be the sturdiest. It made no creaking noises and didn't bend under pressure. Unlike the new iPhone devices, the iPhone 5s did not bend in the video.

In another Unbox Therapy video, the Samsung Galaxy Note 3 went through the bend test and the video showed that the phone doesn't bend. In this video, the creator says that if your iPhone 6 Plus is bent, don't try to bend it back to shape. The creator of the video tried this and claimed that the screen cracked when he did so.

A few hours later, other people posted videos of Samsung Galaxy S5 being tested for bending and it appeared that the phone did not bend.

Cult of Mac had posted several pictures of various users reporting that their smartphones (Android, Apple, Windows Phone and BlackBerry) were bent after they kept those in their front pockets. This suggests that the bending problem isn't limited to Apple's new phones.

Apple hadn't commented on the issue and bent smartphones were not being replaced for free at the time of filing this report. What matters of course is if the device is bending due to undue pressure, in regular use cases, or just by itself, and this still remains unclear with the iPhone 6 Plus.