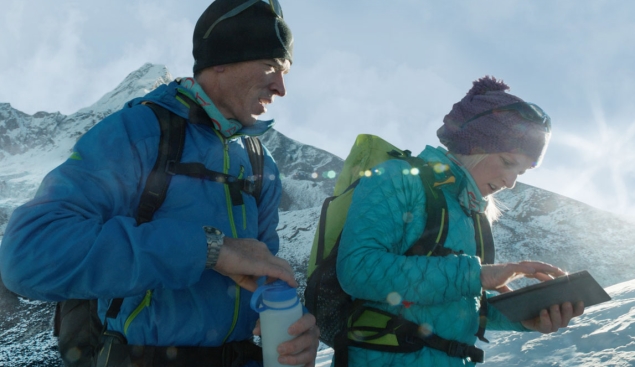 Looks like the next iPhone might be able to measure temperature, air pressure, and altitude, with a new report tipping addition of a new barometer sensor into the handset.

Apple's next iPhone, believed to be dubbed the iPhone 6, has been in headlines with numerous leaks tipping details about the unannounced handset's design and display size. However, this is the first time we have heard details of the alleged iPhone 6's new sensor system.

The details about the possible presence of a new sensor on the anticipated iPhone 6 come via references found in Xcode 6 and iOS 8, which are the latest iPhone software developer kit (SDK) and operating system. The report claims that the software includes updated CoreMotion APIs, which include reference of the new altitude measuring capabilities. A 9to5mac report claims that there are a number of apps in the App Store which can track altitude and one of them is even listed on the company's Your Verse section.

Notably, the reference of the new altitude measuring capabilities in Xcode 6 and iOS 8 is a new framework that is dedicated to altitude tracking. The report, citing a few developers, claims that this framework requires a new Apple hardware.

The report informs the App Store currently comes with apps that use the iOS device's inbuilt GPS and motion chips to determine altitude; however, a barometer sensor could get more accurate data and could be quick to load data, thanks to the dedicated chip.

A developer from FutureTap, as cited by 9to5mac, tested the new framework on an iPhone 5s, which in result confirmed that the device [iPhone 5s] did not support the altitude changes.

Reports have been tipping that Apple's next iPhone would hit shelves on September 19. The Cupertino-based company has been rumoured to be testing a higher screen resolution of 960x1704 pixels on at least one of the two iPhone models likely to debut this year.