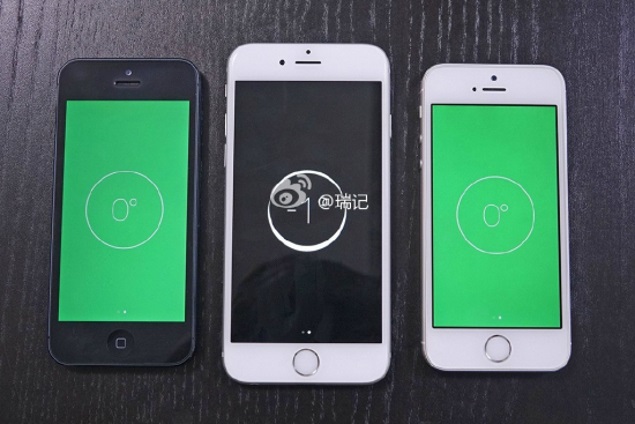 Just few hours ahead of Apple's Tuesday launch, where the company is likely to debut the next iPhone, widely-anticipated to be called iPhone 6 and unveiled in two screen sizes - 4.7-inch and 5.5-inch model, fresh reports detailing specifications and names have come in.

New details about the next iPhone have surfaced online tipping the names of both the rumoured iPhone models, alongside leaked specifications via China Mobile. Another source (the same who leaked the iPhone 6 video over the weekend) however, has tipped slightly different specifications. Additionally, a new video has surfaced online showing the battery of the larger (5.5-inch) iPhone 6 variant.

Japanese website, Mac Otakara, in a report first picked up by 9to5mac, has claimed that the 4.7-inch model will be unveiled as iPhone 6, while the rumoured 5.5-inch model will debut as iPhone 6 Plus. The site has not revealed any further details about the names.

It's worth mentioning that Mac Otakara was the same publication that tipped the names of iPhone 5s and iPhone 5c ahead of the official launch last year.

According to the leaked innards (via Gforgames), the 4.7-inch iPhone 6 will indeed come with Apple A8 SoC with quad-core CPU, as rumoured previously; 8-megapixel rear camera; 2.1-megapixel front camera; will be available in four storage variants - 16GB, 32GB, 64GB, and 128GB, as rumoured earlier.

The listing claims that the 4.7-inch model will sport a screen resolution of 750x1134 pixels and will come with sapphire glass. Other details tipped include Nano-SIM support; waterproof and dustproof, and will be available in Black, Gold, and White colours.

As we mentioned earlier, there is another source claiming to have knowledge of the iPhone 6 specifications, the same that leaked the purported hands-on video of the smartphone over the weekend.

Once again via GforGames, the purported specifications of the 4.7-inch iPhone 6 include a 750x1334 pixel display, a 1.4GHz dual-core Apple A8 processor, 1GB of RAM, up to 128GB of storage, and an 8-megapixel camera. This is was posted alongside Geekbench benchmark results, and some comparison camera samples between the LG G3, iPhone 5s, and iPhone 6.

Unfortunately, there is no word on the 5.5-inch model's innards. 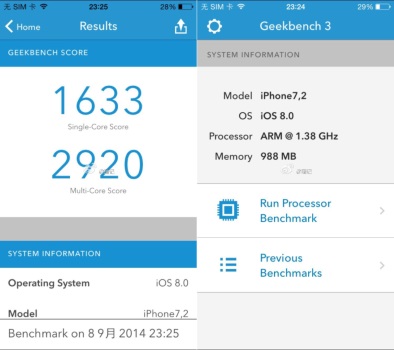 In addition to the leaked specifications, we have also been treated with a new video posted by Nowhereelse, first spotted by MacRumors, that purportedly shows the 2915mAh battery of the 5.5-inch iPhone 6. The leaked battery capacity of the larger iPhone 6 goes in-line with an earlier report that tipped the same battery capacity for the handset.

For those unaware, Apple is all set to unveil what's expected to be called the iPhone 6 on Tuesday, at an event kicking-off at 10:30pm IST at Flint Center for the Performing Arts, where Steve Jobs first introduced the original Macintosh 30 years ago.