iPhone 6, iPhone 6 Plus Launched in India to an Enthusiastic Response 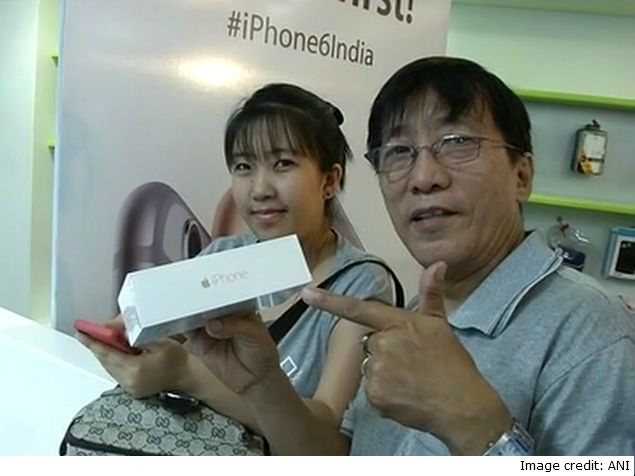 Apple launched the iPhone 6 and iPhone 6 Plus smartphones in India at midnight on Friday. Customers who'd pre-booked one of the two new iPhone models received their units, with stores expected to stay open through the night to to facilitate early birds. While Apple resellers in India don't see the crazy long lines that are common in other countries such as the US, the demand in India is significant.

E-commerce websites have also been taking pre-orders, promising delivery on launch day. Although Infibeam is the only Apple authorised iPhone reseller in India, Flipkart, Amazon and Snapdeal also allowed pre-orders of the iPhone 6 and iPhone 6 Plus.

Some customers claimed that their packages had been dispatched a day ahead of the launch. One of them said on Twitter, "Just got a msg regarding iPhone 6 from @amazonIN that my package has been dispatched."

There have also been reports of Apple resellers not being able to honour pre-orders, which is extremely disappointing and not something that customers would expect from a brand like Apple, especially if this is widespread and not limited to a few incidents. The exact situation should become clearer later on Friday.

NDTV Gadgets had reported earlier that pre-orders in India were off to a strong start. Sources close to Apple India told NDTV Gadgets that the two new iPhone variants received over 20,000 bookings logged by Apple authorised retailers in just two days.

(Also see: iPhone 6 and iPhone 6 Plus: Everything You Need to Know)

In completely unofficial surveys, NDTV Gadgets has learnt that the Space Grey colour is the most sought-after this year, and not Gold as seen last year with the iPhone 5s. Users on Twitter are also reporting Space Grey variant may be high in demand.

The iPhone 6 has a new 4.7-inch 750x1334-pixel screen, while the iPhone 6 Plus's screen measures 5.5 inches and has a resolution of 1080x1920 pixels. The iPhone 6 and iPhone 6 Plus are 6.9 and 7.1mm thick respectively. Both phones have been upgraded with high-speed Wi-Fi 802.11ac support and support the TD 2300 LTE band used in India. iPhone 6 and iPhone 6 Plus have an 8-megapixel rear camera and a 1.2-megapixel front camera, with improved sensors when compared with the iPhone 5s. The phones feature the new Apple A8 processor and a motion co-processor labelled M8. Apple promises that both devices will provide better battery life than the iPhone 5s.

(Also see: 'The Reports of iPhone 6 Plus Bending are Greatly Exaggerated')