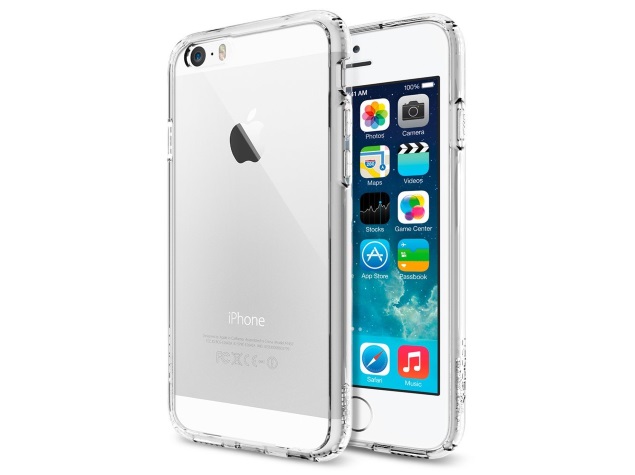 Amidst reports about mass production of the alleged 4.7-inch successor to the wildly popular iPhone 5 series of smartphones to begin in July, we have been treated with more leaks related to the next iPhone model.

Spigen, a popular case maker famous for listing cases of unannounced flagships like Galaxy S5 and the recently launched LG G3, purportedly tips the design of the alleged 4.7-inch iPhone 6 in an Amazon online retail listing.

The listing at the popular e-commerce site shows Spigen's case for the yet-to-be-launched iPhone 6 (4.7-inch) mounted on the device; however the front panel is not completely revealed. The back panel is somewhat reminiscent of the previous iPhone models, and houses the rear camera with dual LED flash, first seen on the iPhone 5s. There are two different cases for the rumoured 4.7-inch iPhone 6, and the Amazon case listing notes a September 30 as 'in-stock' date for the cases.

Earlier this month, a report indicated a September 25 (Thursday) availability date for the alleged 4.7-inch and 5.5-inch iPhone 6 models.

The images of the alleged iPhone 6 on Amazon corroborate what's has been widely expected based on earlier leaks, that the next iPhone will come with curved edges and will be a major departure from the company's current industrial design on existing iPhone models. 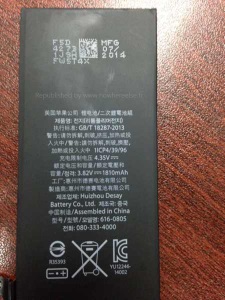 However, it is yet to be seen whether Apple will do away with its current straight-edge design seen on the iPhone 4, iPhone 5 and iPhone 5s.

Interestingly, out of the two case listings, first reported by GSM Arena, for the unannounced iPhone 6, one houses the power button on the right panel, as rumoured for some time now, while another listing does not include any physical button on the right side.

Another rumour claims that the alleged iPhone 6 might pack a new Exmor sensor. The leak comes out from China, first picked up by G4Games, and notes that the next iPhone will pack the new 13-megapixel Sony Exmor IMX220 with 1/2.3-inch sensors. The new sensor will reportedly allow the alleged iPhone 6 to record a full-HD video of 3840x1080 pixels. If true, this would a major upgrade from the company's current 8-megapixel camera sensor which is already seen in iPhone 4S, iPhone 5, iPhone 5s and iPhone 5c.

In addition, Nowhereelse has re-posted images of a battery that is claimed to be from the unannounced iPhone 6. The leaked image shows a battery capacity of 1810mAh battery. The current leak is very much in-line with an earlier report that suggested the rumoured 4.7-inch iPhone 6 model will pack a battery capacity between 1800mAh and 1900mAh.