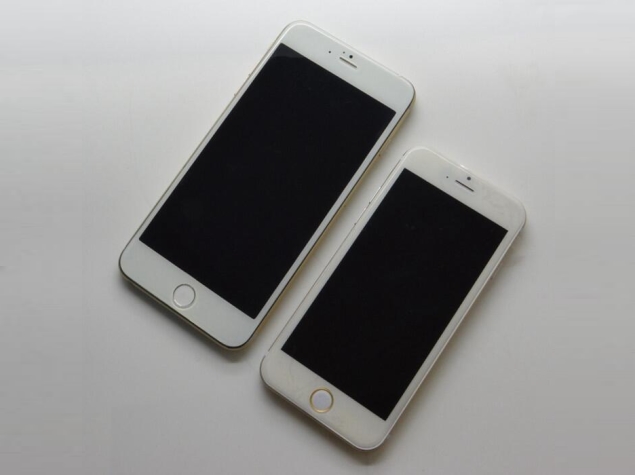 While the tech world is expecting Apple's next generation iPhone to come in 4.7-inch and 5.5-inch display models, based on the numerous consistent leaks, a whole new set of rumours from China indicates the battery sizes of the two variants.

According to the Chinese website Sohu, the alleged 4.7-inch iPhone 6 will pack a battery capacity between 1800mAh and 1900mAh, while the larger 5.5-inch version iPhone 6 (rumoured iPhone Air) will pack a 2500mAh battery.

As the rumour mill is churning out new iPhone 6 leaks on a daily basis, at this point the , even though this rumour is from China where the device is being manufactured. Last week, a report had suggested a new September 15 launch day for the alleged 4.7 and 5.5-inch iPhone 6 models, while retail availability will begin on September 25. It had also claimed that the name of the larger 5.5-inch iPhone 6 variant will be called the iPhone Air.

On Friday, an alleged leaked video was circulated over the internet showcasing the alleged iPhone 6 front panels with curved edges.

The video also compared the front glass panels of the alleged 4.7-inch iPhone 6 model sporting thinner bezels to the current iPhone 5s with slightly broad bezels. In the video, the uploader is seen comparing the single hand experience on the iPhone 5s and the unannounced 4.7-inch iPhone 6.

According to another report from Chinese website Ithome, Apple's iPhone manufacturer Foxconn will allegedly use some 10,000 robots named 'Foxbots' into its assembly line process for the iPhone 6 production.

The company is currently in the final testing stages of the robots and each robot will manufacture 30,000 iPhone 6 smartphones, said Hon Hai Group's CEO Terry Gou at the annual shareholders meeting, according to the report. Gou also informed that each 'Foxbot' is dedicated to this project will cost $20,000 to $25,000, and the company has no plans of selling them.
Comments