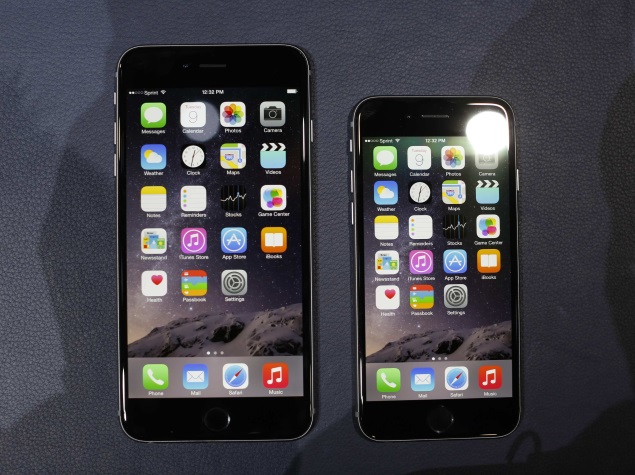 Apple said Monday it sold more than 10 million of its new iPhone models globally in the opening weekend of record sales of the bigger-screen version of its smartphone.

The US tech giant broke its own record for launch weekend sales of nine million a year earlier.

"Sales for iPhone 6 and iPhone 6 Plus exceeded our expectations for the launch weekend, and we couldn't be happier," said Apple chief executive Tim Cook, adding that "we could have sold many more iPhones with greater supply and we are working hard to fill orders as quickly as possible."

The new iPhones were launched Friday in the United States, Britain, Australia, Canada, France, Germany, Hong Kong, Japan, Puerto Rico and Singapore. They will be available in more than 20 additional countries on September 26, and 115 countries by the end of the year.

The global rollout led to long lines outside Tokyo's flagship Apple store in glitzy Ginza, and in stores from Hong Kong to Paris to New York.

Cook personally kicked off sales of the iPhone 6, joining in "selfies" and shaking hands with customers Friday outside the company's store in Palo Alto, California, near his Silicon Valley home.

Both new iPhones have larger screens in what some consider Apple catching up with the "phablet" trend pioneered by competitors.

The iPhone 6 has a screen of 4.7 inches and the 6 Plus is 5.5 inches, reflecting a growing preference for bigger displays, despite Apple's earlier vow to stick with the traditional size.

Main rival Samsung has long had a range of larger handsets, which are popular in Asia, and will soon release a new Galaxy Note 4 phablet.

Apple says more than four million pre-orders were received in the 24 hours after the sale was announced.