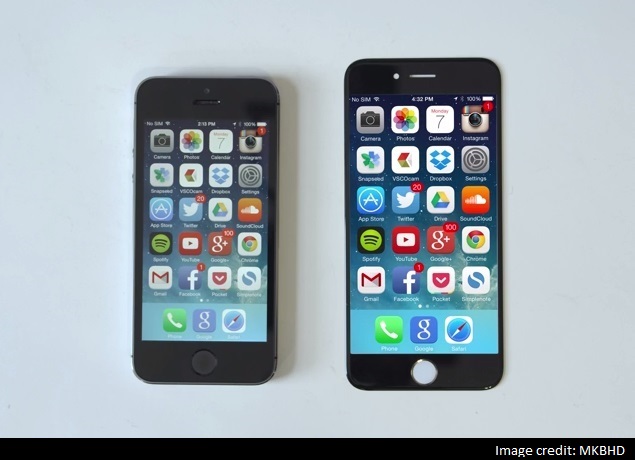 Earlier leaks had indicated that the alleged 4.7-inch iPhone 6 will pack a battery capacity between 1800mAh and 1900mAh. However, contradicting earlier claims, ESM-China electronics analyst Sung Chang Xu in a report (first picked up by Gforgames) has suggested that the Cupertino-based giant will equip the alleged smaller iPhone 6 variant with a 2100mAh battery. Further, Xu claimed that previous image leaks indicating the battery size of the iPhone 6 had actually shown the test units of the handset.

Unfortunately, there is no new word on the battery capacity of the anticipated 5.5-inch iPhone 6 handset. Previous leaks had tipped a 2500mAh battery to power the larger 5.5-inch version of the iPhone 6, which is also rumoured to be called as iPhone Air.

If the purported battery capacity of the 4.7-inch iPhone 6 comes out to be 2100mAh battery, it will be a major upgrade over the battery capacities of the iPhone 5s (1560mAh) and iPhone 5c (1510mAh).

Multiple reports on Tuesday suggested that Apple would unveil the iPhone 6 on September 9. The date was almost in-line with previous leaks that pointed to a mid-September launch for the next iPhone 6 models. If true, the launch date would correspond to the second Tuesday of September, a day that Apple used to unveil the iPhone 5c (Review) and iPhone 5s last year.

Earlier this week, a report even claimed that the two iPhone 6 models - with 4.7-inch and 5.5-inch displays - would have different processors and touch modules.