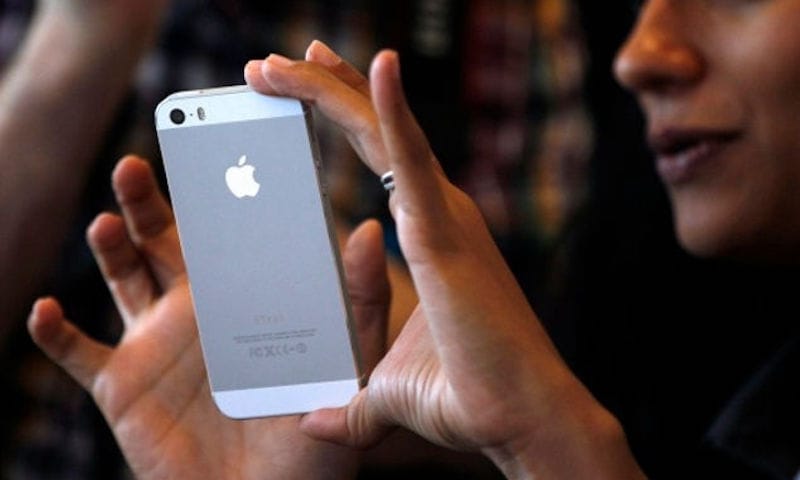 Apple iPhone 5s has emerged as the top premium smartphone in India, according to a Mobilytiks report by CyberMedia Research (CMR) on Wednesday.

The iPhone 5s is the "no.1 premium smartphone in India across all the states on the cumulative installations basis as of March 2017," the report read, adding that iPhone models occupy spots on the top five premium spots even in non-metro states.

In Delhi, Gujarat, Karnataka, Maharashtra, Tamil Nadu, Uttar Pradesh and West Bengal, iPhone 5s is ranked as the top premium smartphone while iPhone 6 occupies the second place in these states, except West Bengal where Samsung Galaxy S4 Mini held the second spot in the premium category. The iPhone 6s occupies the third sport in three states.

The latest from Apple, iPhone 7 is ranked at number five in Delhi and Gujarat while OnePlus 3T is ranked fourth in Karnataka. From Android stack, Samsung and OnePlus are the only brands that made it to the list of top 5. Apart from the Galaxy S4 Mini, which also holds the fourth position in Tamil Nadu, the only other Samsung smartphone that made it top five premium smartphones list in some states was the Samsung Galaxy A5 (2016), with the fifth position in Maharashtra, Uttar Pradesh, and third position in West Bengal.

"It is interesting that OnePlus 3T has positioned itself in the top five list in a very short span post its launch towards the end of 2016," the report informed.

"There has been growth in numbers from Oppo and Vivo as well; however, models from these brands are yet to figure in the top 5 on a cumulative basis," the report added. "Various versions of iPhone fill up the top 5 Premium category Smartphones in the states of Delhi, Gujarat, Haryana, Himachal Pradesh, Madhya Pradesh and Punjab, indicating that iPhone is not a metro affair only in India."

A recent report by Kantar Worldpanel claimed Apple had a 3 percent share in the Indian smartphone market in terms of sales in Q1 2017. It added that the country had huge potential for iPhone sales, with increasing numbers of customers purchasing in the price band from $180 (roughly Rs. 11,600) to $300 (roughly Rs. 19,300), and the company expected to get a retail and manufacturing presence in India soon.