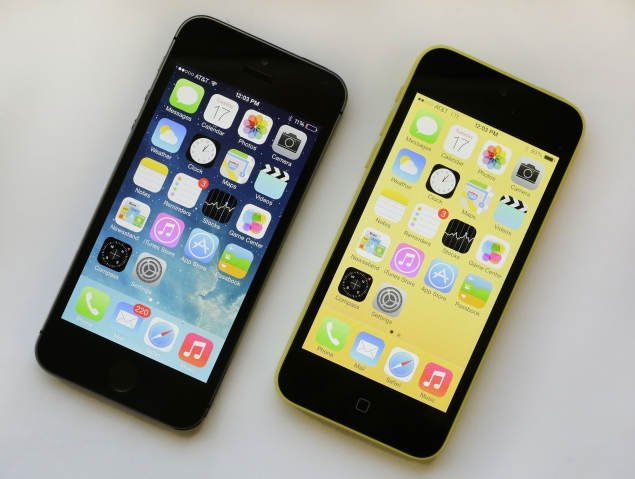 The iPhone 5s and the iPhone 5c, which are set to be available in India from Friday, will be sold under a direct carrier subsidy model in the Indian market, according to a report.

Telecom operator Reliance Communication(RCom) will be offering the new iPhones at upfront costs as low as zero, with fixed monthly charges, under a 2-year contract, as per a report by The Hindu BusinessLine.

Under the subsidy scheme, the 16GB version of the iPhone 5s and iPhone 5c would be available at zero upfront cost, with a monthly fee of Rs. 2,500 for the iPhone 5c and Rs. 2,800 for the iPhone 5s, in lieu of which consumers will get unlimited voice calls, SMS and 3G data. It's not clear if a fair usage policy would be applicable. Consumers would be locked-in into a 24 month long contract and would not be able to switch their telecom operator before that, according to the report. The non-contract costs for the 16GB iPhone 5s and iPhone 5c are Rs. 53,500 and Rs. 41,900 respectively.

The report adds that the 32GB and 64GB versions of the iPhones would come at an upfront cost of Rs. 10,000 and Rs. 18,000 respectively, with the monthly payment being the same.

There's no word yet on if other operators like Vodafone and Airtel will follow Reliance's lead and offer similar schemes, or if they'll stick to offering the phone at its full cost like they've offered in the past. Apple will also be selling the phone via its retail channel, and it will be interesting to see what strategy the company employs, having seen plenty of success recently with buyback schemes and other offers.

RCom will reportedly offer the subsidy scheme to credit card users and has tied up with banks, including ICICI Bank and HDFC Bank for the same to ensure that consumers don't dishonour the contract.

A major reason for the success of Apple's iPhone in first world markets is the operator subsidy model that allows customers to pay a small (or no) upfront cost for the phone and pay a fixed monthly amount in exchange for services, under a contract that ties them up with the operator for a fixed period. Operators have always been hesitant to offer subsidy schemes as India is majorly a pre-paid subscriber market and it's hard to ensure that people will honour contracts due to a lack of a centralised credit check system.