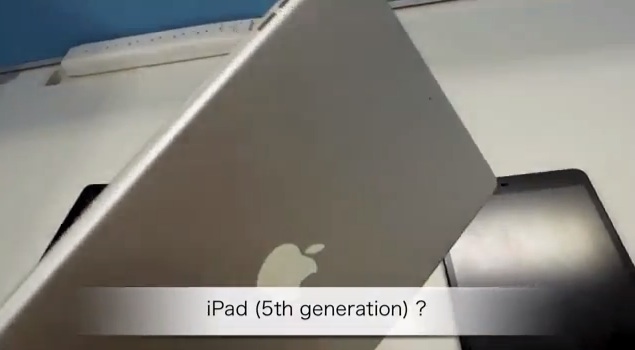 While the purported low-cost iPhone (also referred to as the iPhone 5C) has made a number of online appearances, alleged pictures of the next generation iPad's rear shell surfaced last week.

The first video shows the front and back panel of the fifth-generation iPad assembled together. Interestingly, unlike the back panel that appeared in leaked pictures, last week, this one shows a transparent or translucent Apple logo similar to the one seen on MacBooks. The leaked images featured a case that had the Apple logo carved out.


The second video shows a similar assembly of the back and front panels of the alleged low-cost iPhone or iPhone 5C. It shows the same White coloured plastic back panel that we've seen several times. It also reaffirms that the phone's front panel will be all black, similar to the image and video of the phone posted by Techdy in July.


New images featuring alleged iPhone 5S parts have also surfaced online courtesy Sonny Dickson. The parts include the nano-SIM tray and speaker button, flex cables for the home button, charger connector, Wi-Fi component, and speaker. However, there are no signs of a fingerprint scanner, support for which is said to be included in iOS 7.

As always, we'll add that the leaks should be taken with a pinch of salt as there's no way to verify the authenticity of the parts that appear in the video. Even if they're authentic, they could be from internal prototypes of these devices and not the final versions.

Apple is expected to release the iPhone 5S, the next generation iPhone, along with the low-cost iPhone or iPhone 5C in fall with iOS 7. The new iPad and iPad mini are also expected to be released in the fourth-quarter.
Comments